Let’s be honest, everyone is waiting for Diablo 3’s beta phase to officially start but look and behold; some lucky ones are already playing it. If you remember a while ago, beta invitations were sent to friends and family of Blizzard employees. What you didn’t know though is that these people are currently playing this beta. Moreover, a patch was rolled out today. What, you don’t believe? Then continue reading because we have a screen grab of the patching process.

According to this screen grab, the game’s latest beta client weights over 10GB.

So, does this mean that the “real” beta will actually start in a few days? We can only hope so!

Those interested can start downloading the beta from here. 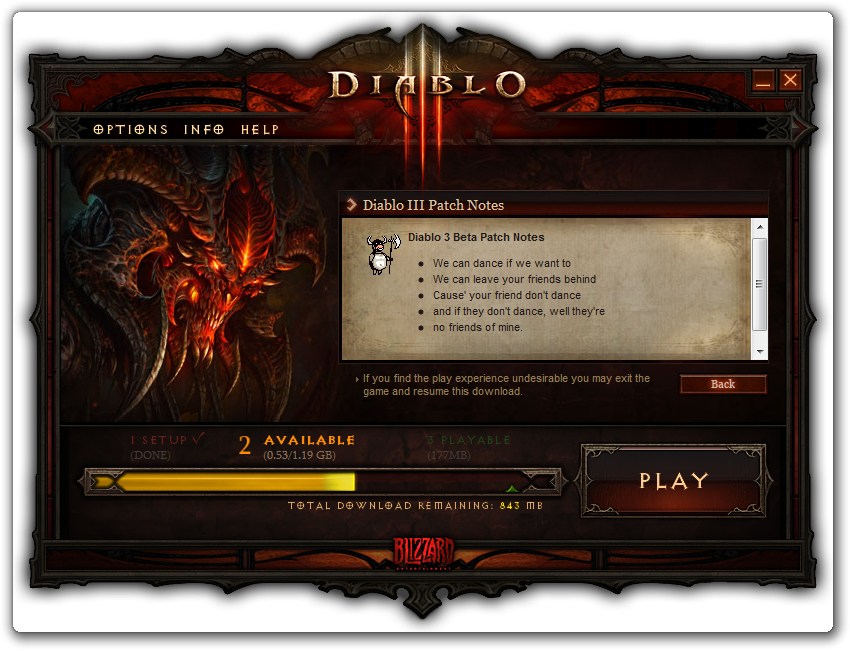