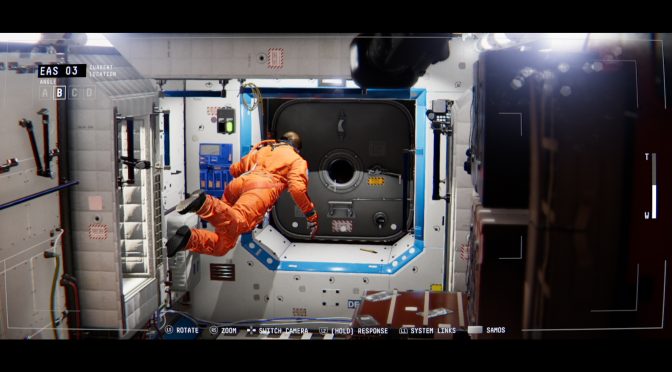 Back in October 2018, we informed you about a new new sci-fi thriller game, called Observation. And even though Devolver had a Steam page for it, though it was not taking pre-orders like Deep Silver did with Metro Exodus, it has taken that store page down and revealed that the game will be exclusive to the Epic Games Store.

Observation takes players on a suspenseful journey to the outer reaches of space to uncover what exactly happened to astronaut Dr. Emma Fisher and the crew of the space station Observation. The captivating narrative unfolds through the lens of the station’s artificial intelligence S.A.M. Players assume the role of S.A.M. by operating the station’s control systems, cameras, and tools to assist Emma in discovering what is happening to the station and the vanished crew.

In addition, Devolver has revealed the game’s official PC system requirements via its Epic Games Store page. According to the specs, PC gamers will at least need an Intel Core i3-3240 CPU with 4GB of RAM and an NVIDIA GeForce GT640 or an AMD Radeon HD 7750.

Observation will release on May 21st!