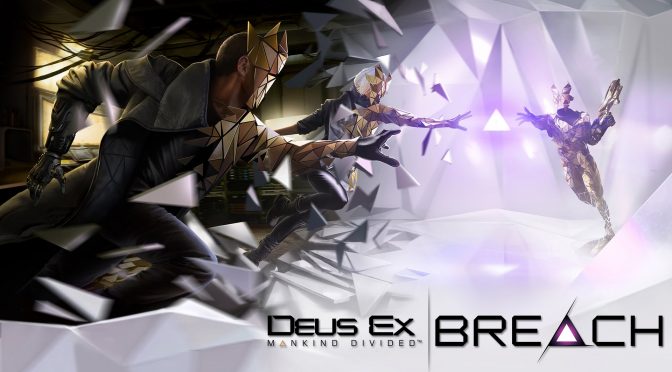 “As a Ripper, a hacker in the year 2029, your objective is to obtain and sell highly classified corporate data by infiltrating some of the world’s most secure servers, using the funds you acquire to upgrade both your skills and arsenal.

As you play, the rewards you earn, including XP, credits, and booster packs, will allow you to face the increasing difficulty of the game. Challenge yourself, your friends, and people from around the world in the ultimate Deus Ex arcade twist.”

Deus Ex: Mankind Divided – Breach will be a live game mode, introducing new challenges and features by rolling out updates on a regular basis, and will be available from the get-go.