Believe me when I say this but I do feel your pain while reading the title of this news article. Unfortunately everyone, the new Deus Ex trademark that was spotted a few days ago is not about a new game, but about the new movie that will be based on this game. Yeap, Deus Ex: Human Defiance is – most probably – the name of that film according to the following whois information.

Spotted by NeoGAF member ‘EatChildren’, this information reveals the proper domain of Deus Ex: Human Defiance. According to the whois information, Human Defianec is a film based on Deus Ex. Our guess is that this is the movie everyone has been talking about lately. Not only that, but as we can see the domain was registered the same day we got word that Square Enix trademarked Deus Ex: Human Defiance, so that can’t be a mere coincidence. In other news, no new game, no incoming game-related announcement. 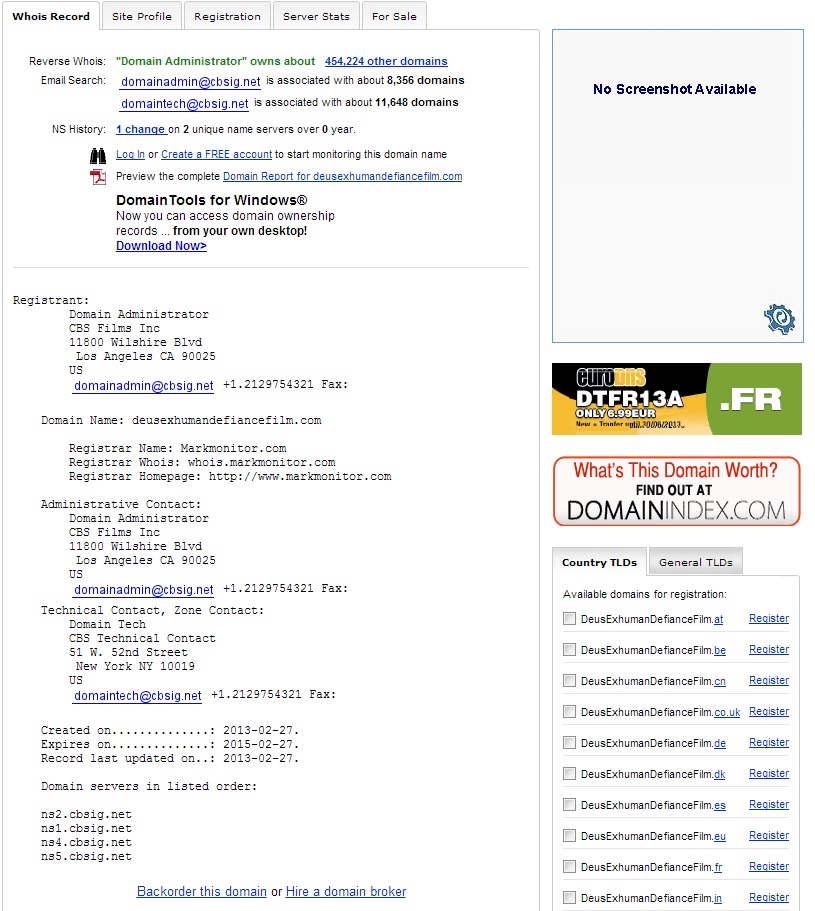 That’s a really disappointing turn of events as Human Revolution was a stunning video game. And even though it met critical success and won a lot of awards, Square Enix seems to be holding back on it. Hell, the company has not revealed yet whether we’ll get a sequel or not.

So, will Human Revolution be a one-hit success or will Square Enix take advantage of it? That remains to be seen.