Superdata has shared some interesting stats about the the PC games revenue over the past few years. According to its data, the PC F2P revenue has doubled since 2012. On the other hand, the traditional PC and console retail revenue has only increased by 60%. As such, it’s no wonder that most publishers are focusing on the ‘games as services‘ model.

Furthermore, Superdata shared an interesting graph about FIFA 17’s revenue. As we can see, most of the game’s revenue comes from micro-transactions. So while most of us are cursing and criticising them, there is a HUGE audience that is spending money on them. And when there is this huge audience, you can expect EA to really capitalise on it. 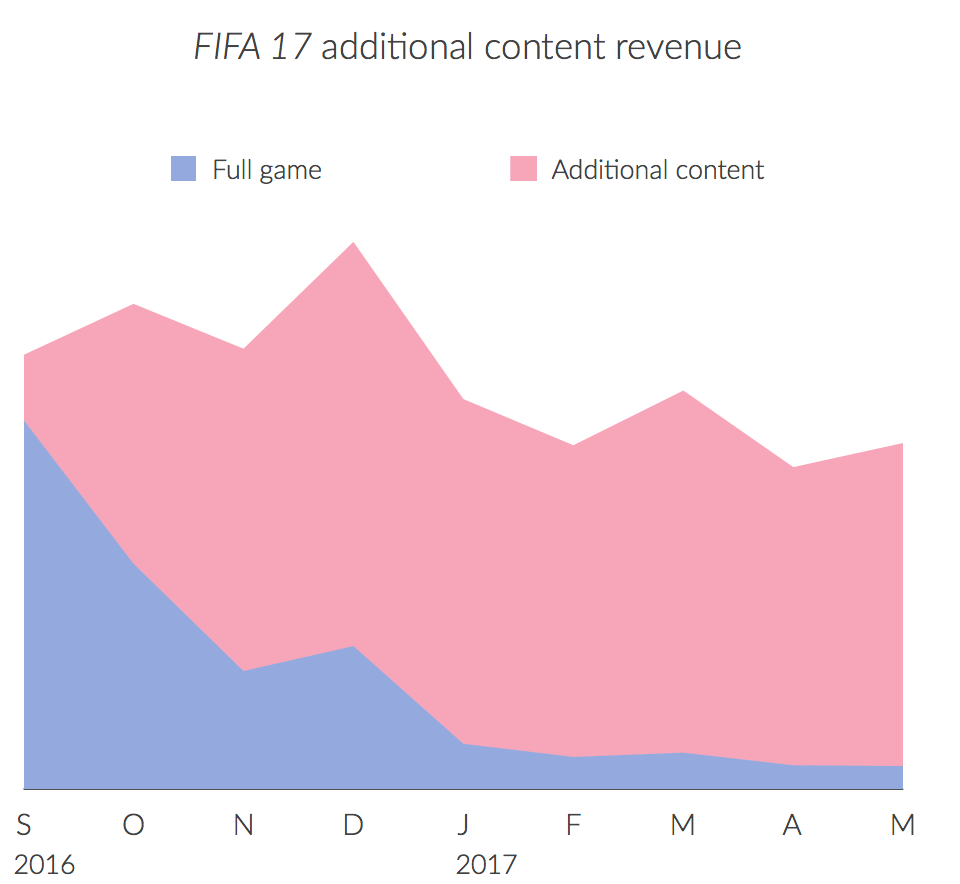 As we’ve said countless times, consumers must vote with their wallets. And from these graphs, it’s quite obvious that there is a really big market supporting microtransactions and additional content for existing games.