Daedalic Entertainment has revealed some new images of Deponia, an adventure that comes from the acclaimed team behind the forthcoming Edna & Harvey: The Breakout and The Whispered World. And let us tell you that these 2D graphics are among the best we’ve ever seen.
Deponia is a fast-paced comedy of errors and one of the most unusual love stories in gaming history. The twist-filled story takes its off-beat characters all over trash planet Deponia, a unique game world in the style of Douglas Adams, Terry Pratchett and Matt Groening. From Kuvaq, an improvised village built inside a giant trash heap, to the swimming black market and the dark corners of the elevated planetary railways: Deponia is brought to life with detailed hand-painted backgrounds in widescreen format and top-quality cartoon animation.

Deponia is currently being developed for the PC and is slated for a 2012 release! 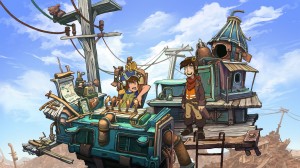 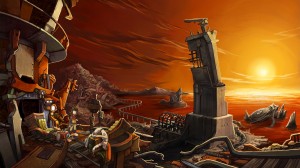 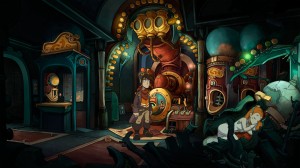 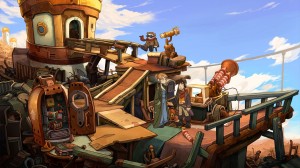 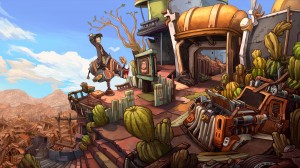