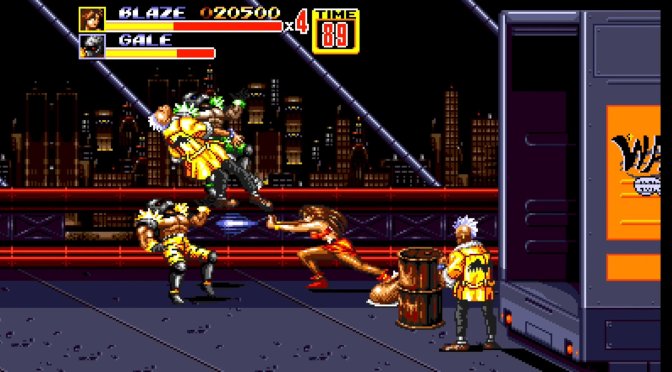 Streets of Rage is SEGA’s iconic 16-bit brawler series and from the looks of it, a team of fans is currently reverse-engineering its second part. Not only that, but there is a demo that you can download and play right now.

Contrary to other Streets of Rage projects, Streets of Rage 2 New Era is not using any emulation tricks. As such, it can use the full power of modern technologies. Additionally, devs/modders can add new levels, new characters, high-quality SFX and HD graphics.

Let’s now hope that SEGA won’t shut down this project. We do know that SEGA is fine with such fan projects, so the team won’t likely receive any C&D letter.

You can download the demo from here. You can also find below a trailer that showcases this fan remake in action.