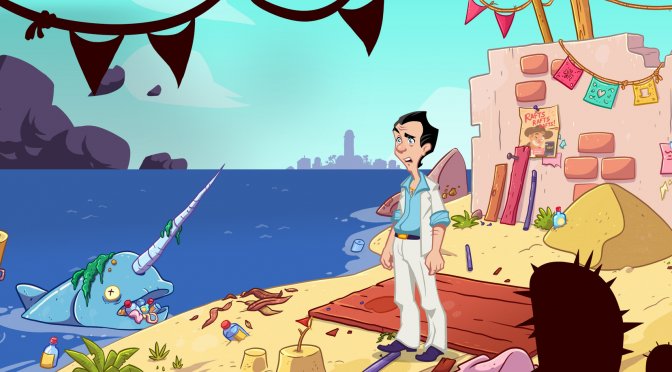 The demo features a tutorial and a story recap, as well as the first act on the island of Cancum. Additionally, there are both English and German voiceovers.

It’s also worth noting that Valve has launched Steam Game Festival: Autumn Edition. As such, you can find a lot of free demos for numerous PC games.

Leisure Suit Larry – Wet Dreams Dry Twice is an adventure game that features easy-to-learn point-and-click controls. Players will guide Larry in his self-made boat through various islands. Each island will feature its own sensual surprises, ultimately leading him to his one true love; the lovely and intelligent Faith. Although Larry can sweet-talk his way through just about any situation, he’ll still run into plenty of perplexing puzzles, eccentric characters. Additionally, he’ll need to collect a number of useful items — some phallic-shaped, some not.

You can download the demo for Leisure Suit Larry – Wet Dreams Dry Twice from here.