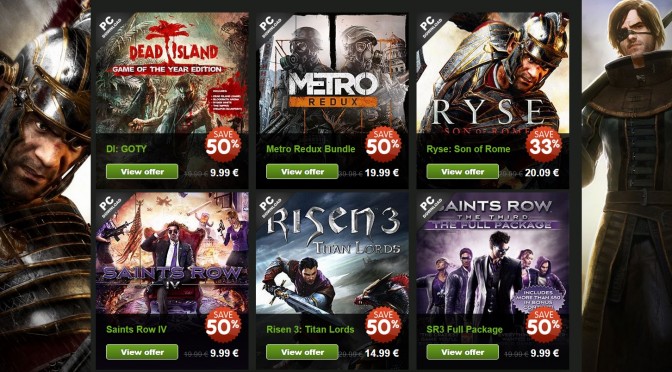 In addition, Crytek’s Ryse: Son Of Rome is offered with a 33% discount, meaning that it will cost you 20.09€

Those interested can purchase these games from the following links.

And if that wasn’t enough, you can use the following voucher code for an additional 23% discount. In short, we’re looking at an overall 73% discount, so act while you still can.