A couple of days ago, we informed you about the appearance of a Dead or Alive 5: Last Round for the PC on Play-Asia. Back then, we wondered whether that was a mere mistake by the online retailer or not. And today, we bring new more evidence to back up the existence of this rumored PC version for the latest part in the Dead or Alive fighting series.

Dead or Alive 5: Last Round PC was listed by ESRB, making it almost official. As always – and since Tecmo Koei has still not revealed anything about a PC version for its fighting game – we suggest taking it with a grain of salt.

In case ESRB removes the PC platform from the game’s listing, we went ahead and captured a screenshot from it.

Kudos to our reader ‘Halil Ra’ for informing us! 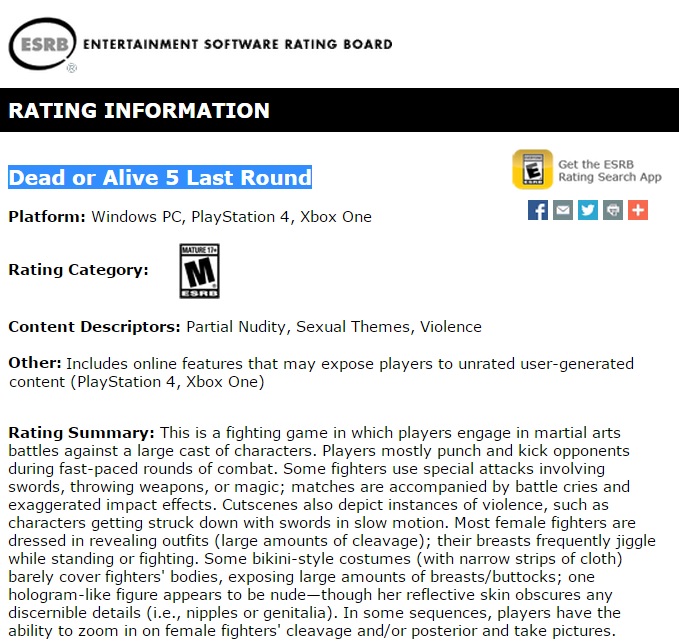