Now this could simply be an error from Play-Asia’s part, therefore we’re marking this story as a rumor. And as with all rumors, you should take it with a grain of salt. 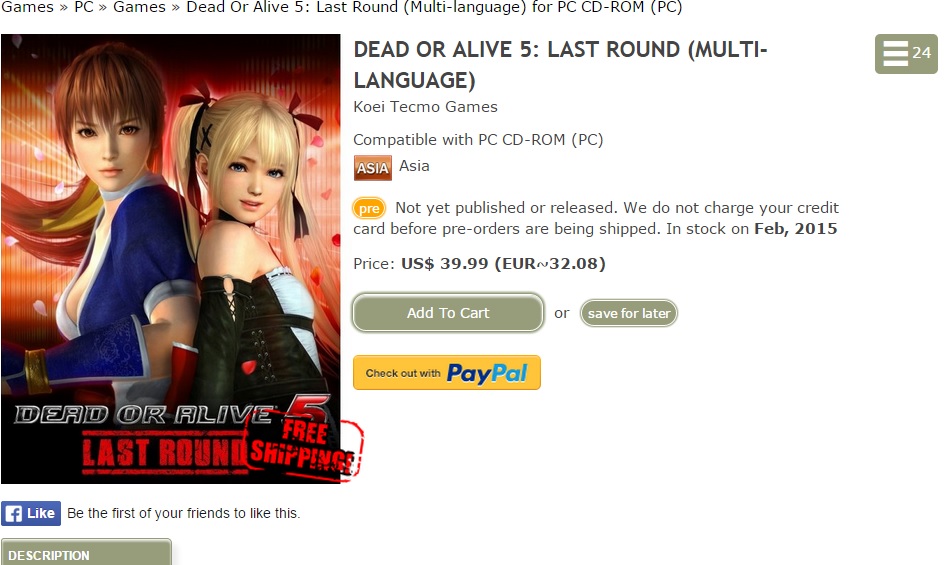 Still, it’s worth noting that back in April, Tecmo Koei asked PC gamers to show their interest on the company’s games on both its FB and Twitter pages.

Could this be the fruition of PC gamers’ efforts? Only time will tell.

Tecmo Koei has not announced any PC version of Dead Or Alive 5: Last Round, though the company has also not denied/debunked Play-Asia’s listing.

Kudos tou our reader ‘Umair’ for bringing this to our attention.