Deep Silver has released the first screenshots and a teaser trailer for Techland’s upcoming Dead Island game, Dead Island: Riptide. According to the publisher, Dead Island: Riptide is a spin-off and not a sequel to the first Dead Island game. After escaping in a helicopter to the safety of a military ship, a furious storm hits and the virus suddenly spreads throughout the crew. Therefore, the island of Palanai is crawling with new zombie mutations and of course, our survivors wash up on it’s shores.

Players will be able to import their characters from the first Dead Island game and this time, the game will focus on weapons instead of melee. This obviously means that Riptide will more action packed. We are not sure whether this is the right thing to do or not, as the melee system was great in Dead Island. The game, however, suffered from repetitive and somehow boring missions, and that’s precisely what needs to be changed in Riptide. The gameplay elements were top notch but the missions were repetitive, unoriginal and got really old after the first 20 minutes of playing the game.

Dead Island: Riptide will also feature an enhanced engine that will sport – among other little details that have not been revealed yet –  a new weather system. 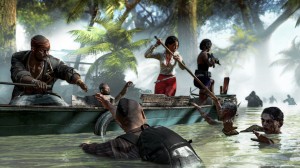 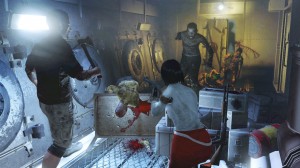 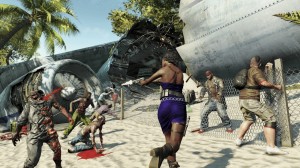 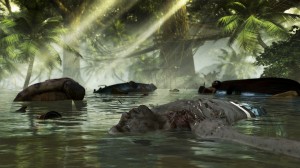 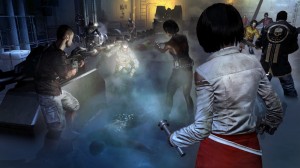