THQ has released a new DLC for Darksiders II. This new DLC, called Abyssal Forge, is priced at 7.99 euros and is available on Xbox LIVE online entertainment network, Playstation Network in North America and Windows PC. The European PS3 version will release tomorrow.

According to its description, The Abyssal Forge is a living machine designed to harness the unfocussed dark power of the Abyss and create the most powerful legendary weapons. The Maker who built this abomination, known only as the Mad Smith, was shunned by his own people and sealed away in the Shadow Lands with his creation. However, the forge hasn’t remained dormant all those years of captivity; it has constructed a vast army and now threatens all creation.

In other, unrelated DLC news, the Avenged Sevenfold Songs DLC is now available for Rocksmith and the Hostage Negotiation Pack is available for Max Payne 3. 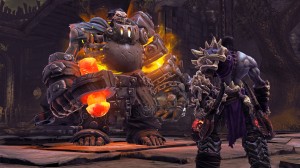 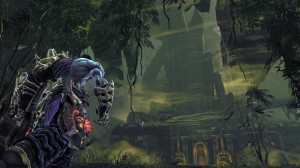