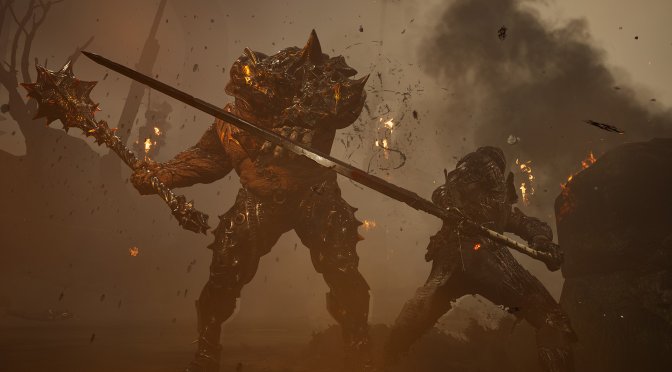 Cold Symmetry has announced that its Dark Souls-inspired action RPG, Mortal Shell, will officially release on August 18th. In order to celebrate this announcement, the team has released a new trailer that you can find below.

Mortal Shell promises to feature strategic and deliberate combat mechanics. Players must commit their sword only when an opportunity opens. Players will also have to calculate their parries to unleash devastating counterblows. Furthermore, they will be able to temporarily entomb their Mortal Shell in stone to block attacks, or play aggressive and use their stone-form to add brutal weight to their own sword swings.

Mortal Shell will be timed-exclusive on the Epic Games Store. You can also find the game’s PC system requirements here.

It’s worth noting that contrary to other Souls-like games, Mortal Shell looks absolutely stunning. This is undoubtedly one of the best looking Souls-like games out there. However, the game also requires a high-end GPU in order to shine. Our NVIDIA RTX2080Ti was unable to run the game with constant 60fps in 4K and on Ultra settings.