Namco Bandai and From Software have just announced that the PC version of Dark Souls 2 will be coming on April 25th. According to the publisher, the PC & Steam version of Dark Souls 2 will benefit from PC capabilities with increased texture resolution and an enhanced frame rate option. On top of that, From Software have been working to perfectly adapt the game for a mouse & keyboard combo.

Dark Souls II will feature a new hero, a new storyline, and an unfamiliar world for players to survive in, while delivering the uncompromising challenge and ultimate sense of empowerment that players hunger for.

According to the game’s description, epic battles with gruesome enemies and blood-thirsty bosses await adventurers as they traverse and conquer a devastated world filled with death and despair.

Players will also discover a revamped server based multiplayer experience that will put a distinct Dark Souls 2 twist on the concept of playing and sharing with others.

Namco Bandai has also released some new screenshots for Dark Souls 2 that can be viewed below. 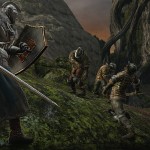 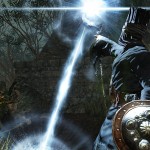 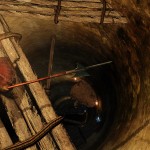 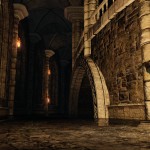 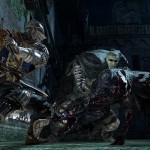 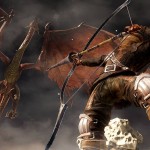