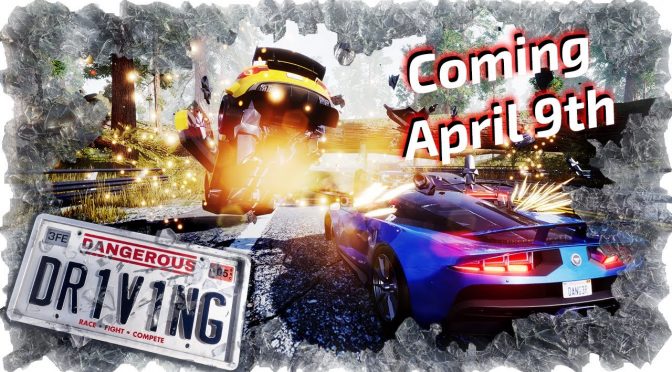 Three Fields Entertainment has announced that its spiritual successor to Burnout 3: Takedown, Dangerous Driving, will not be coming out on Steam. Instead, this new racing game will be coming exclusively on Epic’s digital store on April 9th.

As the developers noted, the Steam platform was not viable for them as their previous games did not sell that well on it, which is why they decided to release the game as an exclusive title on Epic’s store.

“We have to date published 4 games on Steam and it was our intention that Dangerous Driving would also feature there. However, we have reached the conclusion that for now at least it is not a viable platform for us. This is not us being anti-Steam as it is clearly a great platform for many. It is purely that, for many reasons (many of which we take responsibility for) our games have just not sold on this platform compared to others we publish on.

This is why we have taken the chance to try something different.

We appreciate the support we have had from those who have bought our games on Steam and we are sorry to disappoint them that Dangerous Driving will not be there.”

In Dangerous Driving, players will takedown their opponents in the adrenaline fuelled Takedown Races, chain their way to perfection in the Boost Chain Races, or rule every road in Road Rage. Players will also be able to switch on their Sirens and apprehend Wanted Suspects in Pursuit Mode, or be the last car standing in Eliminator.

It’s also worth noting that the game will offer offline races against AI drivers in over 8 different event types.