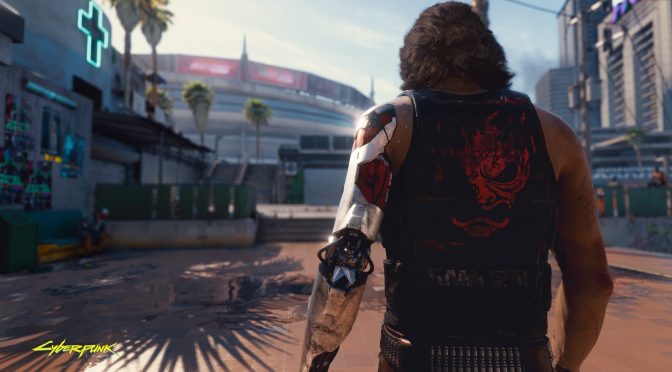 A few days ago, we shared with you the specs of the PC system that was running the E3 2019 demo of Cyberpunk 2077. And today, we’ve got some additional details about the resolution and the settings that were used in order to showcase this demo.

CD Project RED’s Alvin Liu stated that the game was running at 1080p on Ultra settings at E3 2019, and with its Ray Tracing effects enabled.

“The game was running on Ultra, but we are continuing to improve our visuals.

The game demo was running at 1080p, but our trailers and publically released assets are at 4K. The UI is designed mostly at 4K (eventually it will entirely be at 4K native), but we have the technology to swap assets and do intelligent scaling to handle 1080p, widescreen, 720p, 1440p, and so on. We can also design specific UI at 1080p and other resolutions, on a need by need basis, such as on a screen or graphics with heavy icons that might look bad otherwise.”

“Ray Tracing was on [in the demo]. We were showing off Ray Traced Emissives, Sky Light, and Ambient Occlusion. However, I’ve seen super impressive screenshots internally about raytracing (they get sent out in a digest e-mail), so we’re clearly still working on it as they looked more impressive than what I remember seeing in the demo. Especially at night and with neon reflections. NVIDIA also has representatives and work with our studio to continue to improve and utilize this technology, similar to Witcher 3 and Hairworks.”

Now as it’s pretty obvious, the E3 2019 demo did not feature all of the performance optimizations that CD Projekt RED will implement in its game. As such, these PC requirements for running the game at 1080p/Ultra settings do not reflect those for the final product.