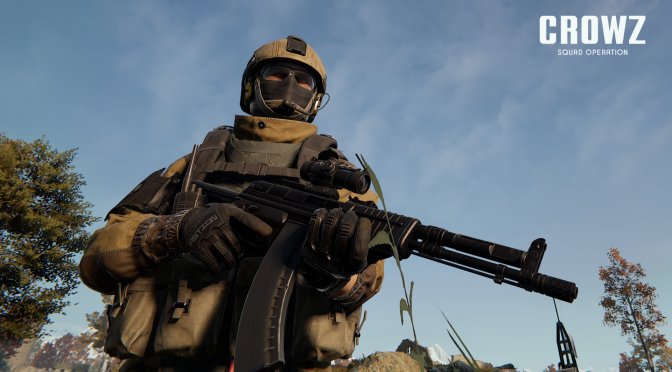 ROYALCROW has announced a new multiplayer tactical shooter, CROWZ, and released its gamescom 2021 gameplay trailer. CROWZ is a multiplayer game where players engage in battles as a mercenary called CROW.

Players will have to either compete and accomplish the missions in a squad or experience major combats between factions in a disputed territory.

The game will have two modes: Squad Operation and Blood Zone. In Squad Operation, a mercenary squad is dispatched to the mission of securing Q-on in an open-world map. On the other hand, in Blood Zone, CROWZ are to be formed in a large troop and secure the Q-on extraction sites in the fields of conflict.

Now what’s cool here is that the game features semi-destructible environments. This means that you can destroy fences, trees and some other objects. There is also “bendable grass” (when crawling and shooting).