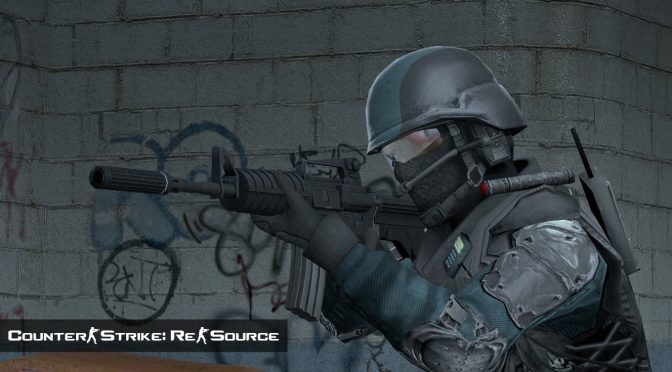 Counter-Strike: Re-Source (2019) aims to be as close to the original vision as possible and retain its authentic art/visual style. Now obviously this could have been easier with an ESRGAN AI-enhanced mod, however it’s still cool witnessing such a more “traditional” overhaul mod.

Going into slightly more details, this overhaul mod replaces almost all of the game’s textures, models, w_models and blood textures, retextures weapon skins, adds new sounds as well as new maps. The environmental textures now support shaders and all default weapon skins (including the knife, all grenades and the gloves) have been replaced with HD models, most of which support phong shaders.

Those interested in this overhaul mod can download it from here. In order to showcase the visual improvements it brings, the modder has also shared some screenshots that you can find below.