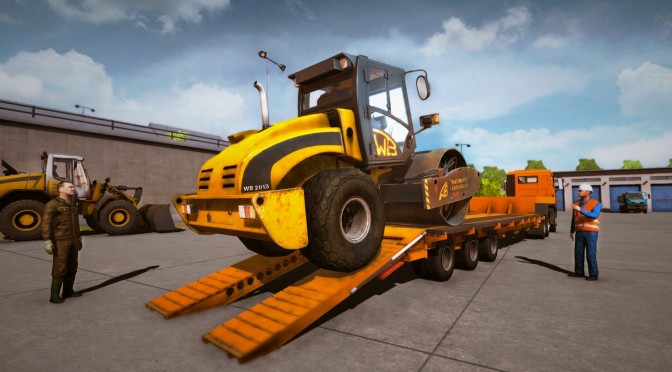 As the press release reads – and in contrast to the previous mobile version – the player will be able to explore a much larger game world with many new features that will set the heart of every construction and simulation fan racing.

“With a vehicle fleet of 15 construction machines and vehicles painstakingly modeled to reflect their real life counterparts by internationally well-known manufacturers such as LIEBHERR, MAN and STILL an almost endless variety of building tasks wait to be tackled in a large, freely accessible environment.”