During its recent livestream, Crytek confirmed that Crysis Remastered will feature a classic nanosuit mode. This classic mode features the original nanosuit functionalities that PC gamers enjoyed in the original PC version of Crysis.

By default, the game will be using the X360/PS3 nanosuit mode. In order to enable the classic PC nanosuit mode, you’ll have to enable it from the game’s options menu.

In addition, Crytek revealed the game’s graphics settings. As we can see, there will be settings for Ray Tracing, Textures, Physics, Volumetric Effects and more. 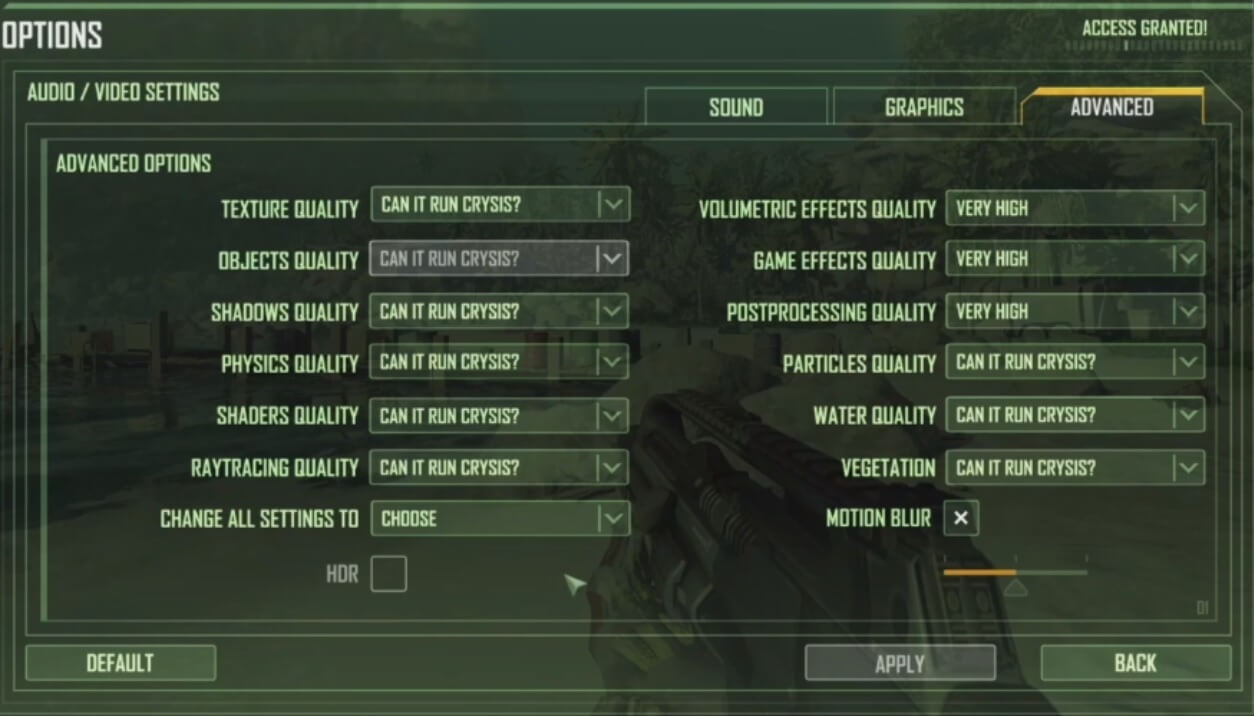 The game will release on September 18th and will be exclusive to Epic Games Store. You can also find the game’s official PC system requirements here.