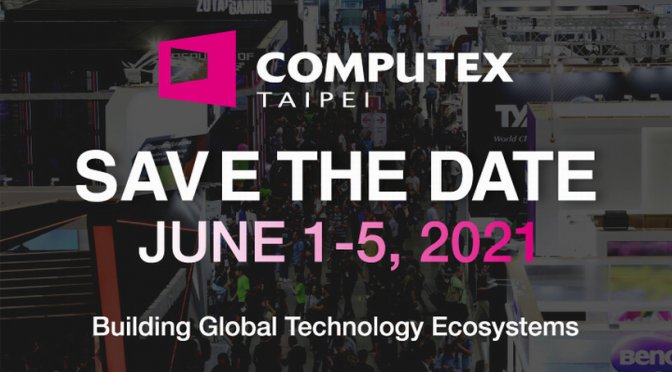 The organizers of Computex, TAITRA, have announced that they have officially cancelled the 2020 edition of Computex, which was scheduled to take place this September.

Back in March, as the coronavirus pandemic was still in an early stage, Computex organizers pushed their trade show from June to late September. Today they announced that despite Taiwan’s low number of COVID-19 cases, and with strict travel restrictions still in place for many countries, they’ve decided to cancel this year’s event.

It is now rescheduled for June 1st – 5th 2021. Originally it was slated for June 2020 this year, and then postponed till September. Now, Computex organizers have officially cancelled this PC industry-related tech expo.

To quote the press release:

” The outbreak of pandemic Covid-19 has disturbed all major economic sectors of the whole world. Many countries have imposed travel restrictions to help curb the spread of Covid-19. COMPUTEX stakeholders, including international exhibitors, visitors and media, may not be able to join the show consequently. Taiwan External Trade Development Council (TAITRA) and Taipei Computer Association (TCA), the organizers of COMPUTEX, therefore decided to reschedule COMPUTEX to 2021.

As of June 11, more than 7,350,000 people have been diagnosed across 187 countries worldwide, affecting the economy, trade, transportation, convention and tourism. With credit to Taiwan’s government got a head start on smashing the virus, Taiwan has only 443 confirmed cases. Accordingly, how Taiwan makes efforts against Covid-19 has been reported by a lot of international medias, such as CNN, Bloomberg and so on “.