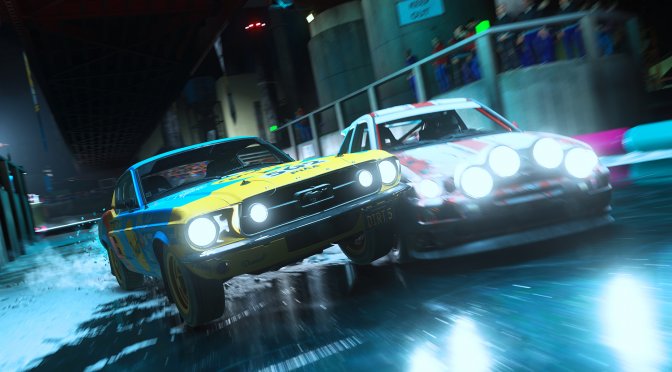 Codemasters has detailed the Career mode of its upcoming racing game, DIRT 5. According to the press release, DIRT 5’s Career tasks with you standing out above the rest, and making sure nobody ever forgets your name.

The player is dropped into a world-renowned off-road racing series. The game aims to deliver constant extreme action, continent to continent, in all manner of amplified events. As you begin your career, you catch the eye of Alex Janièek. AJ will then quickly take you under his wing.

The Career is split into five chapters to cover the key moments in the narrative. Each chapter offers multiple paths for the player to take. As such, players can choose which events they want to participate in through the chapter. If you want, you can still race in everything there is to offer, which is over 130 events across nine different race types, featuring every location in DIRT 5.

Players will complete races to open new events in the chapter; the higher you place, the more Stamps you will earn. Players will also need a certain amount of Stamps to unlock the Main Event of each chapter. Thus, the better you perform, the quicker you can progress. Main Events are the conclusion of each chapter and a tougher test for the player. Additionally, players can complete certain objectives throughout Career events to unlock secret Throwdowns. In Throwdowns, you go one-on-one with a fierce challenger in epic events.

The Career Mode will have 20 real-world brands. These includes Monster Energy, Sparco, Michelin, Fatlace and Codemasters. Each sponsor will have unique rewards when you sign with them, including an exclusive livery of that brand, stickers to use in the livery editor, and a currency signing bonus. Each sponsor will have objectives, both long and short-term, that they want you to hit in your Career. Do that and you’ll increase your Reputation Rank, which leads to an ultimate reward once you hit the top rank.

Players can switch to a new sponsor whenever they want in Career. However, the earlier you leave a sponsor, the less rewards you may receive, especially if you don’t meet your sponsor’s minimum race contract.

Lastly, DIRT 5 will feature a four-player split-screen option. For any of the Career events that feature multiple cars on track, each additional player takes the spot of an AI driver.

“They’re not just there to cheer you on, either; the highest finishing position of any player is the one that’s counted in Career, meaning you could earn more Stamps, more sponsor bonuses and more currency by teaming up. Whilst those rewards earned only count for the host player, each additional player will receive XP and currency rewards for their own accounts, which they’ll have whenever they next play DIRT 5 as the host player. Finally, the split-screen integration is a drop-in deal – so your pals can jump in or out of your Career journey whenever you want, without it halting your progression. Nice.”