AMD has once again hinted on the performance improvements we can expect from their next-gen RDNA 2 architecture of gaming GPUs. This comes via a recent AMD investor PowerPoint presentation.

AMD’s upcoming RDNA 2 silicon graphics cards are highly anticipated by Gamers. AMD once again confirms that we can expect at least 50% boost in performance/watt over the previous gen RDNA architecture, more performance per clock, along with improved and enhanced GPU and Mem core clock speeds.

AMD also assures an improved performance-per-Clock (IPC) with the new RDNA 2 silicon, which means faster graphics work per clock cycle and more graphics horsepower, and also an increase in clock speeds as well.

We know that Sony’s next-gen PlayStation 5 console is going to feature high GPU clock speeds (2.23Ghz), so we can expect the same from RDNA 2 graphic cards.

With all these improvements AMD promises higher performance and better efficiency with the RDNA 2 architecture. This is great news for Team Red if they can manage to squeeze out every ounce of performance from this enhanced RDNA 2 silicon.

We know AMD’s RDNA 2 architecture will have support for hardware-accelerated DirectX Raytracing, Variable Rate Shading (VRS) and Mesh Shading. And Microsoft’s Xbox series X next-gen consoles are also going to leverage these features, so Gamers can expect better performance and value from the next gen RDNA 2 cards. 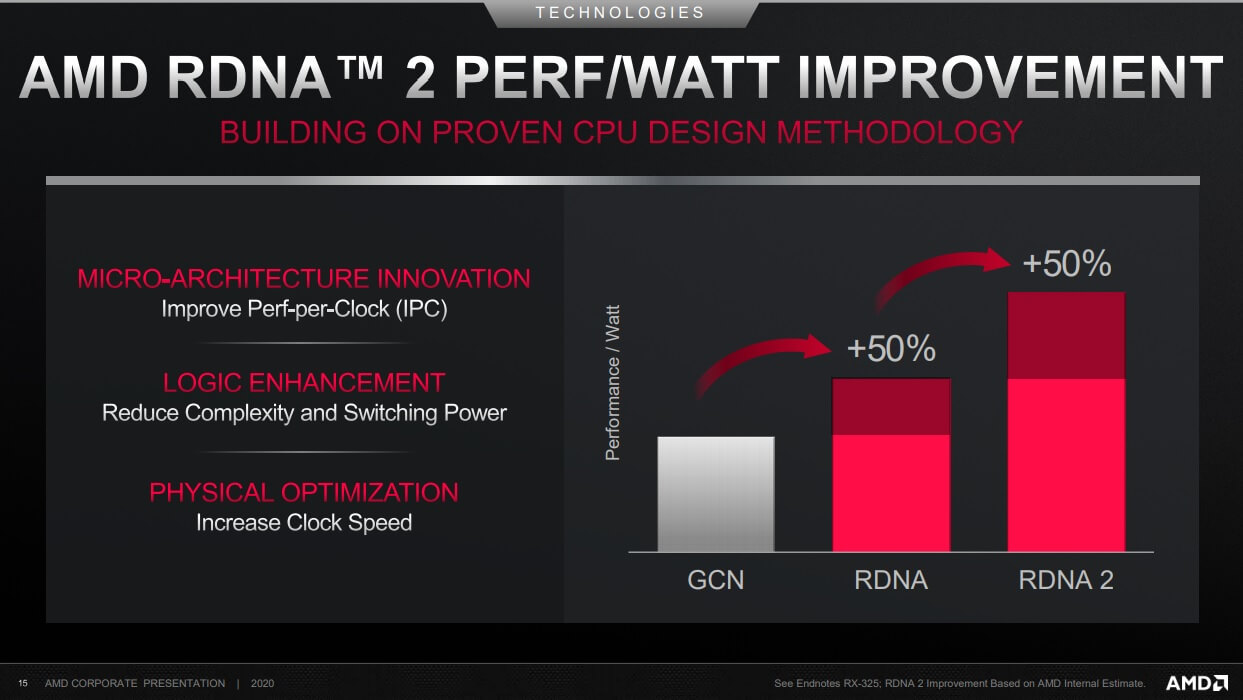