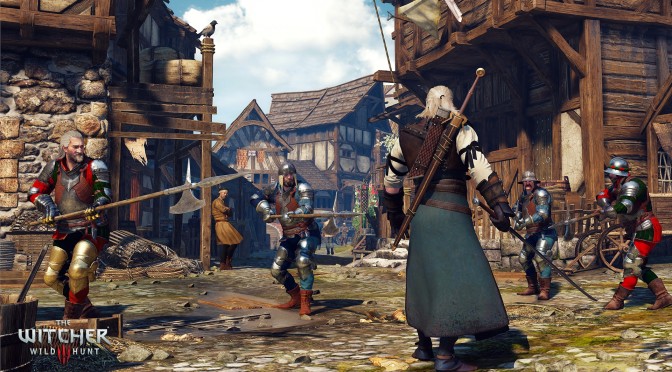 During an interview with GamePressure, Adam Badowski, Managing Director of CD Projekt RED, admitted that there will be some fragments where the game won’t look as good as its first E3 gameplay footage. Adam explained the reasons behind this, so keep reading before deciding to bring the hammer down on CD Projekt RED.

“The quality of the lightning and adding light in the trailer remains debatable. We’ve made a mistake which was the fact that some shots were rendered in dark and greyish colors. To put it simply, that was the option picked by the engine. I think that there will be places that will look jaw-dropping, and no one will claim that they differ from what was seen in the trailer. Unfortunately, there will also be fragments, where the game looks worse. It’s the same with GTA– when the wind picks up and it gets grey, especially in the forest, the graphics seem certainly worse than in the neon-filled and lively city.”

So yes, some places won’t look as hot as those found in the pre-release trailers. Whether this can be considered a graphical downgrade or not remains to be seen.

On the other hand, Adam claimed that the final product will pack better models than those featured in the E3 gameplay footage.

“If someone will be rewatching the trailer, he will notice that the in-game models look better, even Geralt, he is more polished – for one, he has better shaders. We’ve added a ton of details, we’ve significantly improved the facial expressions and the lip sync. We have 7 different spoken languages, so we aren’t able to record actor’s face with the performance capture technology like in, let’s say, Call of Duty. That wouldn’t fit on three blu-ray discs. Keeping that in mind, we’ve implemented a dynamic system based on vowels and consonants, similarly to the one in the previous two games, where it didn’t work out. It has been done so well in Witcher 3, that there is no comparison – we have set the bar higher for the entire industry when it comes to other games that rely on it and that’s the thing that wasn’t visible in the trailer.”

The Witcher 3: Wild Hunt releases this May!