Well, we know that a lot of PC gamers wished for a port of the first Castlevania: Lords of Shadow the moment Konami revealed that its sequel will be hitting PC. And even though the Japanese company did not reveal anything about it, it seems it will be indeed coming to our platform. Or at least that is according to Steam’s registry. As we can clearly see below, Steam’s registry was updated 3 hours ago with an entry for Castlevania: Lords of Shadow. 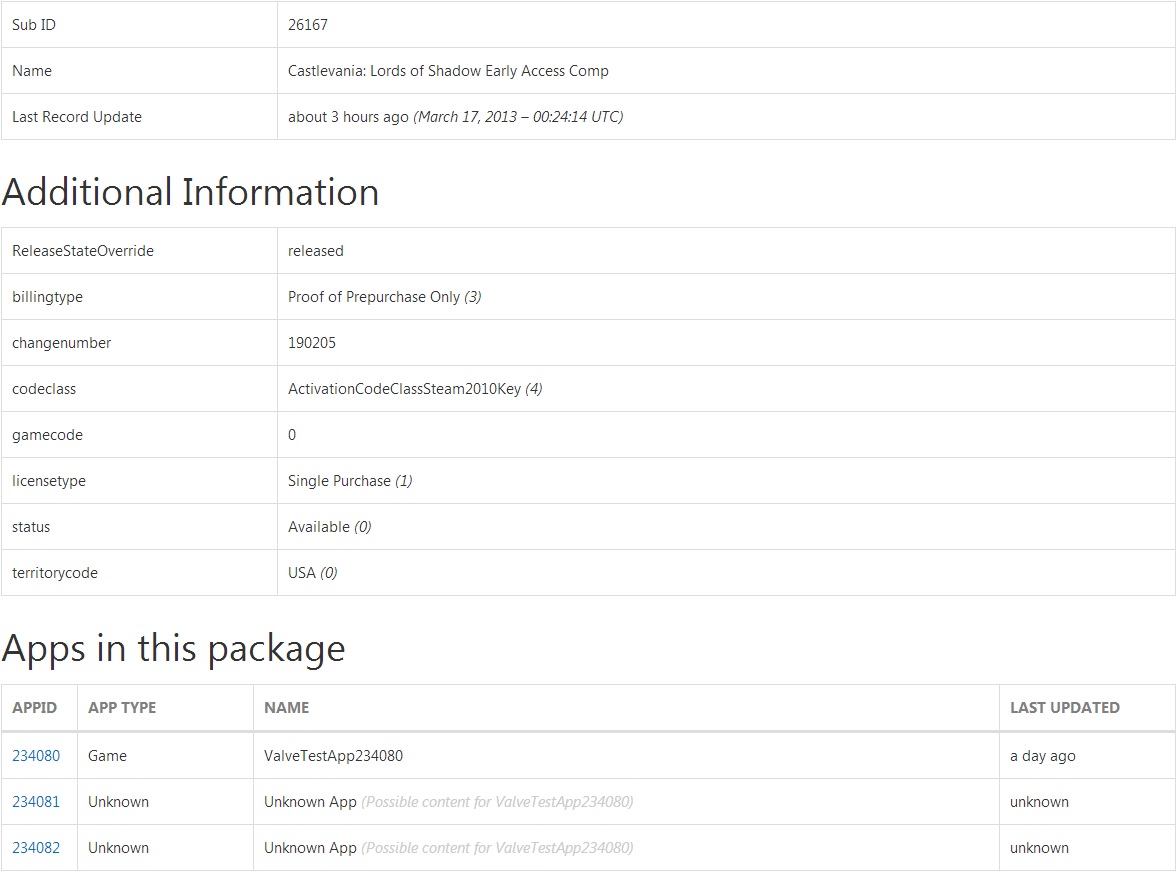 The interesting thing here is that Konami has been showcasing Castlevania: Lords of Shadow 2, a couple of days ago, to the press and this early access compilation could be the hidden launch of a package, exclusively to the PC. Our guess is that video-game magazines and websites are currently enjoying a preview of Lords of Shadow 2, and if our guess is right, we should be seeing some previews popping out later this month.

This Steam entry was spotted by NeoGAF’s member, Nabs. According to NeoGAFers, Castlevania: Lords of Shadow could be a pre-order bonus for Lords of Shadow 2, something that sounds really interesting and clever.

Here is hoping that Konami will reveal more details about the PC version of Lords of Shadow 2, as well as about this rumored port.