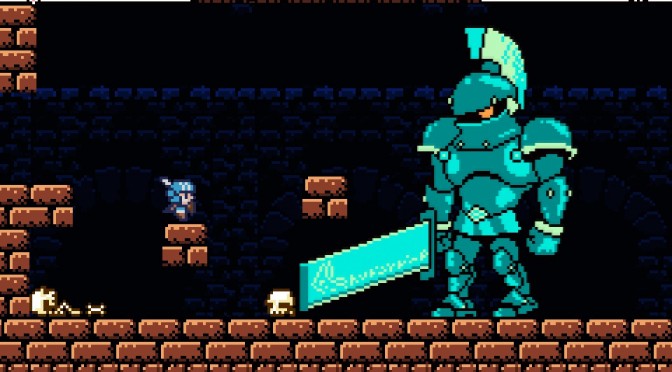 Matt Kap, the lead artist behind The Binding of Isaac: Rebirth, has released his latest game on Steam. Castle in the Darkness is a retro 16-bit action exploration platformer with some RPG elements, much like games from the Castlevania or Metroid series.

Castle in the Darkness looks lovely, and is currently available on Steam for the price of 5,99€ (comes with a 17% discount until February 12th).

Here is what Matt had to say about the game’s story:

“One dark and gloomy night, the kingdom of Alexandria is attacked by an evil sorcerer and his army of darkness! Despite their best efforts to protect their king and their princess, the royal guard falls, one-by-one, to the forces of evil. One knight, unconscious but still alive, awakens on the throne room floor to find that the princess is nowhere to be seen! What’s more, the entire city had been overrun by monsters! With sword in hand, he embarks on a death-defying mission to find his princess and to restore peace to the kingdom.”

-A large world heavily inspired by the golden era of video games
-Level up your knight with wildly different abilities
-An arsenal of over 100 weapons, armor, items and magic to collect and use!
-Over 50 bosses to find and slay
-More than 100 different enemies
-Fast-paced chiptune soundtrack