SuperData Arcade has shared its monthly report, stating that COD:MW had the best selling digital launch of 2019. Furthermore, APEX Legends had its best month in October since the title’s launch quarter.

Going into more details, Modern Warfare sold an estimated 4.75 million digital units across console and PC in October, down 11% from Black Ops 4 last year, although there were fewer days this year due to a later launch in the month. The average selling price of digital units also declined from last year due to the lack of a season pass bundle.

On the other hand, Apex Legends generated $45 million from in-game spending in October, up from $16 million in September. Respawn’s shooter has clearly grown into an important growth driver for EA since its launch in February. Still, Superdata notes that total lifetime revenue comes in slightly below 50% of FIFA Ultimate Team over that same period.

In other news, NBA 2K continues to show a slow-down in virtual currency sales. Total franchise NBA in-game spending growth has been slowing down for the past four months.

Moreover, consumers spent $8.84 billion digitally across all games in October. Combined spending across console, PC and mobile was down 3% year-over-year.

Last but not least, here are top selling games for PC and consoles in October 2019. 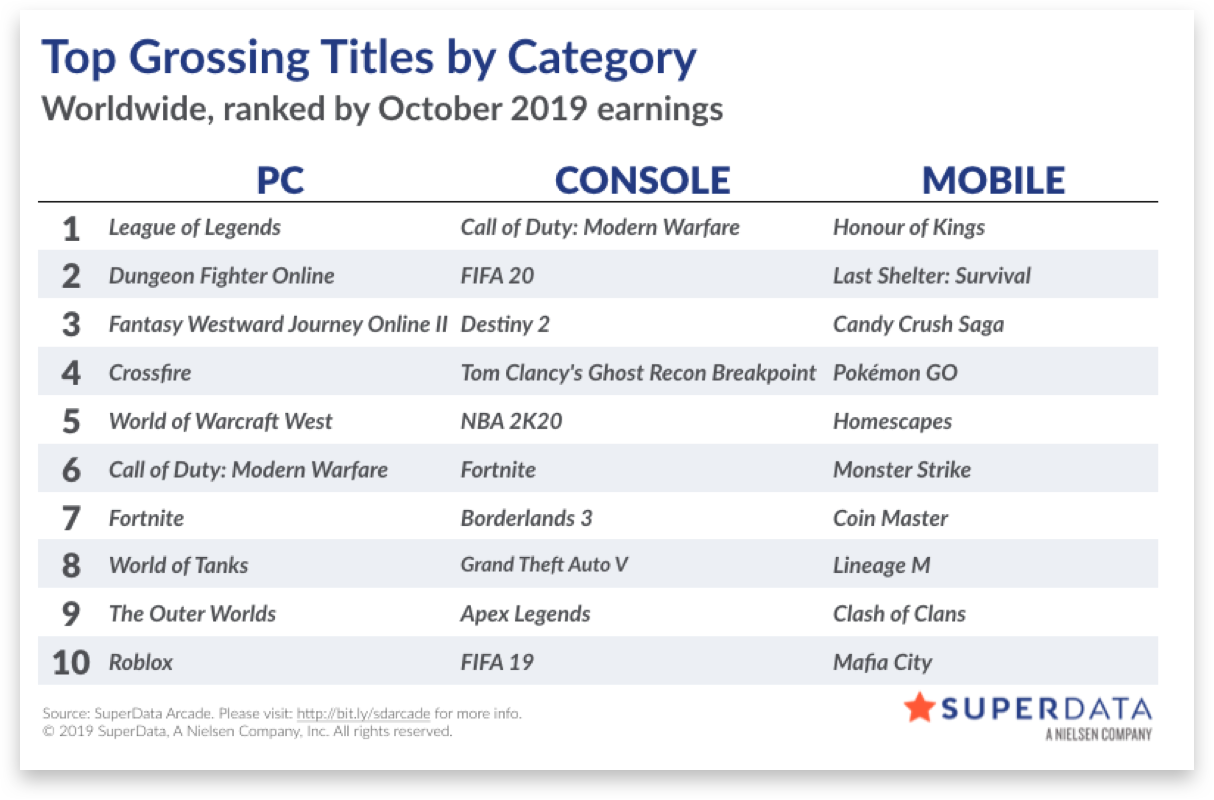