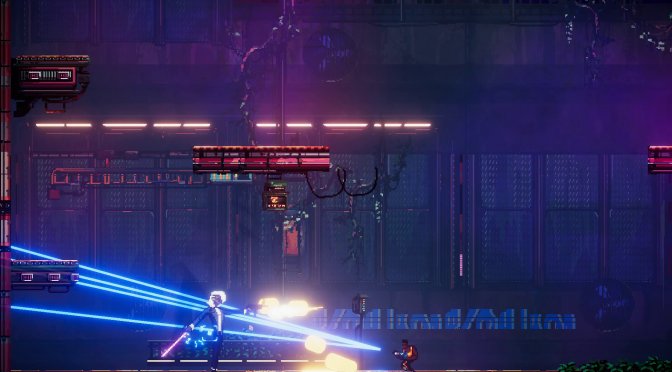 Black Future ’88 is a Synth-Punk roguelike 2D action Shooter that came out two days ago. Good Shepherd Entertainment and SUPERSCARYSNAKES were kind enough to provide us with three keys for a giveaway, so here we go.

As said, Black Future ’88 is a Synth-Punk roguelike 2D action Shooter. Players will vertically climb an always evolving procedural tower to reach the top and kill its insane owner. Players can also shoot, slash, dash and upgrade themselves to survive the endless waves of deadly traps, homicidal AI, crazed junkies and colossal Wardens standing in their way.

You can participate in this giveaway by simply leaving a ‘Thank You’ comment below. We will delete both duplicate and off-topic comments. We will delete the comments from the accounts that were created for the previous two giveaways (Disqus provides information on when you signed up). We will also delete any new accounts created for taking part in this giveaway(so don’t make new accounts, play fair and square).

The winner will be picked randomly via Random.org and comments will be counted from the oldest to the newest. This giveaway contest will end on Sunday, November 24th at 22:00GMT.

Best of luck to everyone!