It’s pretty obvious by now that the next Call of Duty title will be called Call of Duty: Ghosts. Activision has been gearing up for a reveal today (or at least what’s the word on the street), however it seems that a poster may have already leaked its release date. IGN was provided with the following poster which confirms the game’s title and states that it will be coming on November 5th, 2013.

Unfortunately, there are no platforms listed, so we are not sure whether we’ll get a cross platform release.

According to earlier rumors, Call of Duty: Ghosts takes place in the future but with modern-day weapons.

Moreover, the descrtiption fo the game – that was leaked via an online retailer – suggested that this new Call of Duty game uses a new game engine.

We expect Activision to officially reveal Call of Duty: Ghosts today, so stay tuned for more! 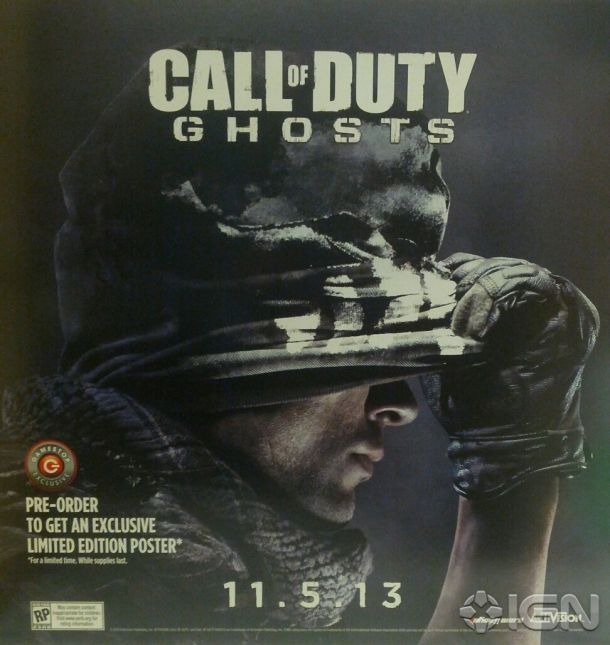