Gearbox has just revealed – via the game’s Steam store page – that Bulletstorm: Full Clip Edition will be using the Denuvo anti-tamper tech. In addition, the publisher has just released the launch trailer for this remastered version of Bulletstorm that can be viewed below. 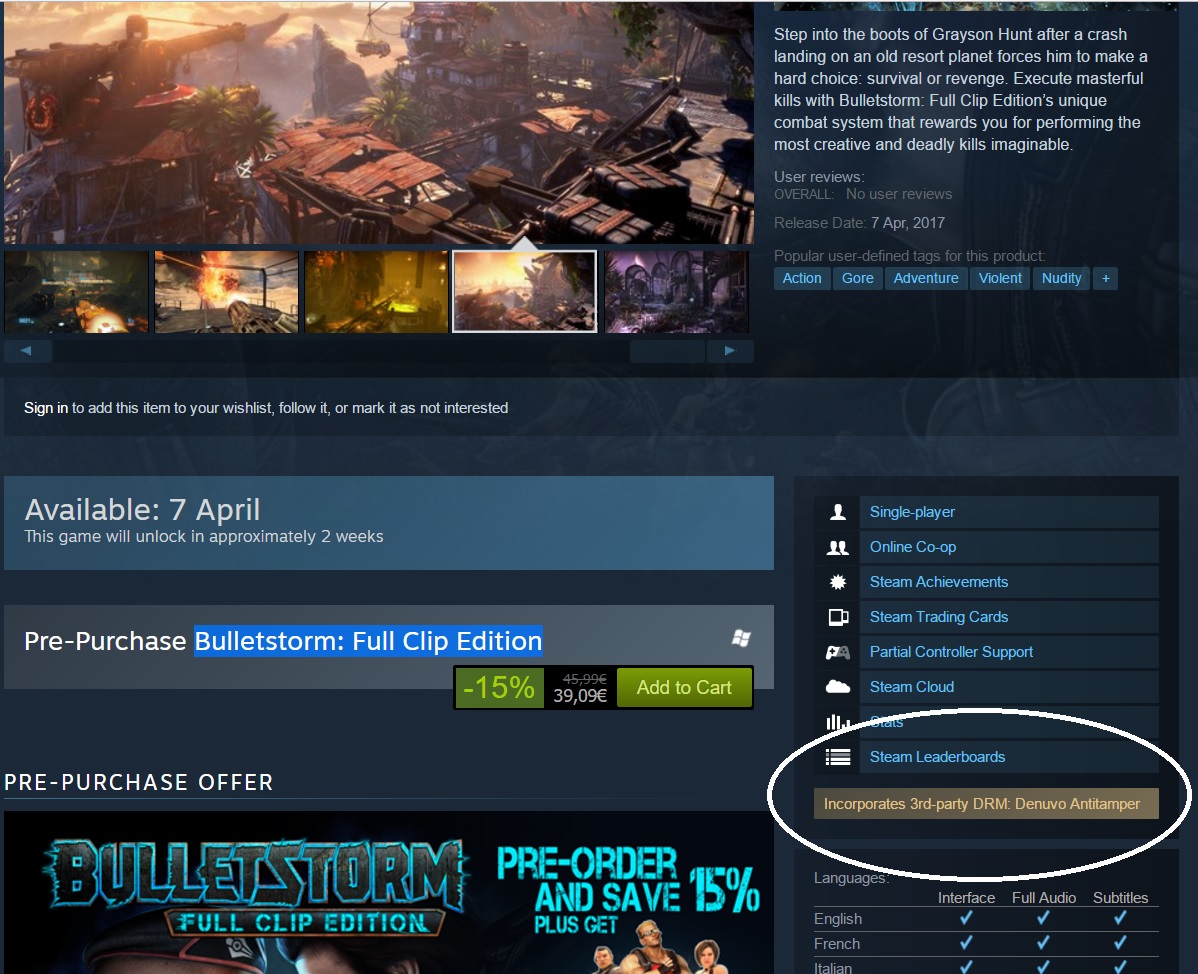