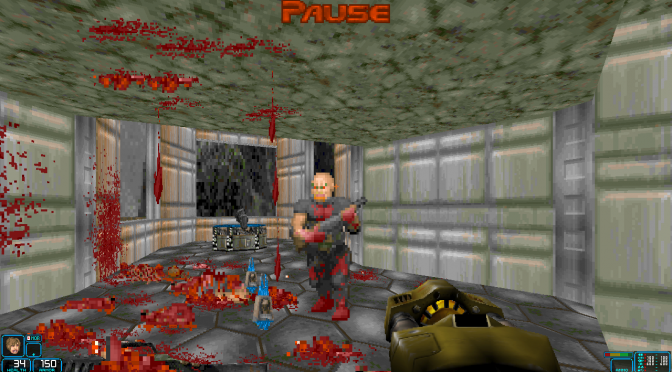 Modder ‘VictorCajal’ has released a mod called Brutal Unreal 99. As its title suggests, this mod basically combines the weapons of Unreal Tournament 99 with the enemies and gameplay mechanics of Brutal Doom. And it looks pretty cool.

Going into more details, this mod features  the Unreal Tournament 1999 weapons that were ripped by the user Voltlock. IT also features Unreal T99 OST Music .OGG compressed, as well as the female skin player sprites & HUD with female sounds from UT99. VictorCajal has also included a minimalistic Sci-Fi HUD, new Texture Pallete Colour and a menu inspired by UT99 game. And, as we’ve already stated, it features the Brutal Doom Monsters Only addon by SGTMarkIV.

Basically, think of it as a combination of various mods. Brutal Unreal 99 is compatible with GzDoom, ZDoom, Zandronum and D-Touch Android.