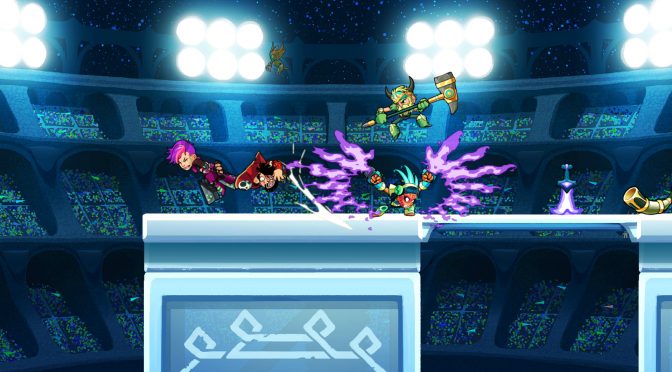 Blue Mammoth Games has announced that its epic free-to-play platform fighter, Brawlhalla, will offer PlayStation 4 to PC cross-play when it officially launches, allowing console gamers to battle the thriving PC community for supremacy. Furthermore, the team revealed that more than 5.3 million players have made Brawlhalla the most played fighting game on Steam in 2016 and 2017.

Brawlhalla will feature variety of online and offline modes, offering something for every player looking to prove their might in Asgard. Ranked queues, local 1v1 and 2v2, a four-player online free-for-all and online or local free-for-all allow up to eight warriors to take the field at once. Alternate game modes Brawlball, Snowbrawl, Bombsketball and more let the heroes sharpen their skills in new ways.

With a roster of more than 30 Legends, each with distinct two-weapon combinations and fighting styles, every aspiring warrior can find a hero that suits their playstyle.

“As our number of Legends grows, so does the size of Brawlhalla’s player community. And with cross-play, millions of PlayStation and PC players will be able to challenge their friends no matter which platform they fight on.”