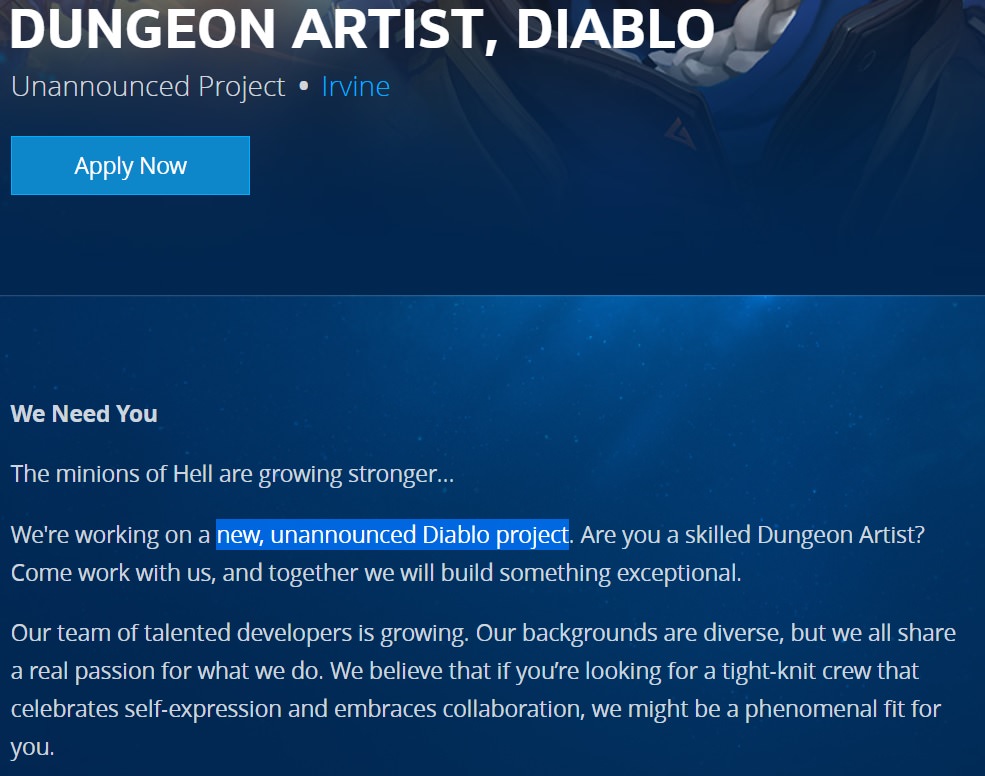 The ideal candidate will work well in an environment of peers who are passionate about working on the dark gothic world of Diablo, making great games, killing millions of monsters and getting loot. Moreover, the candidate will work directly with level design to build atmospheric dungeons with a focus on composition, detail and mood, while ensuring that the gameplay space is readable, and will author environmental assets for a modern pipeline including modeling, and texturing assets for the Diablo World.

Unfortunately we don’t have any additional details about this Diablo game. It could be a remake of one of the older Diablo games, a spin-off, a mobile game, or a proper new part in the series.

Let’s hope that Blizzard will reveal more details about this new Diablo project sooner than later.