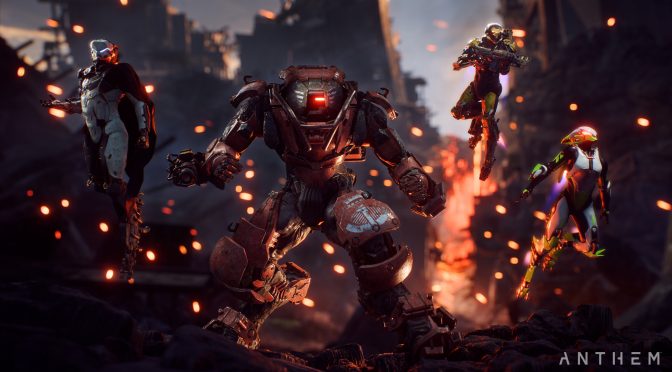 After Twitter user by the name of HuskersEcho voiced concerns on Bioware’s future in lieu of the disappointing reception received by Anthem, lead producer from Bioware, Michael Gamble, personally addressed the user’s concerns. He responded with the message that his studio’s future is not a matter of concern just yet. 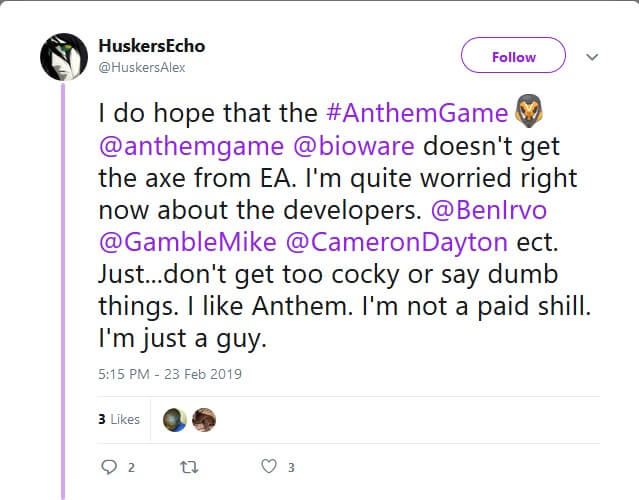 At the time of writing, Anthem currently stands at a 4.1 overall user rating on Metacritic for PC, with a somewhat more generous, but hardly stellar, 60% from a broader critical response. Even in light of the poor reception from Bioware’s previous release, Mass Effect: Andromeda, this is far from the kind of accolades that this studio typically receives for its major releases. This makes Anthem Bioware’s lowest rated PC release on Metacritic at this point.

Furthermore, the publisher behind Anthem is of course Electronic Arts, a company that has garnered something of a reputation for closing down studios that under perform. For example, the studio Bioware Montreal  was dissolved with employees and assets merged with EA Motive following Mass Effect: Andromeda’s underwhelming critical response. Similarly, Visceral Games, the studio behind the Dead Space franchise, also met a similar fate in 2017 after EA declared that player interest in single-player games was on the wane at the time.

Nevertheless, the response by Gamble is at least a small degree of reassurance considering Anthem still managed to create a notable fan base for itself. The recent announcement of Dragon Age 4 (and not to mention rumours of another Mass Effect game in the pipe line) shows the studio still has plans to offer more for fans.

Stay tuned for our Anthem review coming soon, and don’t forget to check out our performance analysis!