Mass Effect: Legendary Edition is scheduled to be released in May 14th. This edition will contain all three games from the original trilogy, including all DLC.

Sadly, the Pinnacle Station DLC will not be included, because the source code was lost. According to the game director, adding the specific DLC will take another six extra months.

The original Mass Effect trilogy has plenty of mods available for players. All of these mods will probably not be compatible with the upcoming Legendary Edition. Meaning some players will not be so eager to get their hands on the new edition.

However, a recent post on Twitter confirmed that Bioware has been in touch with a few in the modding community. Their objective is “to learn how best to update everyone on changes that will impact existing mods”.

This will probably make several people happy, if it actually happen. Let’s hope it will be fairly easy to convert the existing mods, and make them compatible with the Legendary Edition.

Below you can read the tweet from the project director. 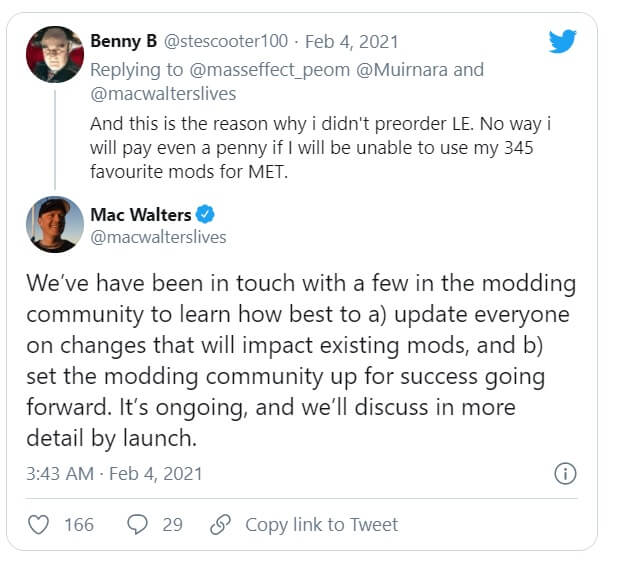