During this year’s The Video Games Awards event, Bethesda presented a video in which it clearly stated that it will keep making single-player games.

“But in recent years, with multiplayer on the rise, single-player games have become fewer in number. Meanwhile, the community has been clamoring for more single-player games, and the media has penned a panoply of pieces bemoaning the loss of single-player experiences. But never fear! Bethesda is here to help. In a new video that debuted at The Game Awards, starring none other than Lynda Carter, we share our vision for saving the single player.”

Furthermore, Bethesda announced that it will discount all of its latest games this weekend by 50%. As such, players will be able to purchase all of Bethesda’s latest single-player games at attractive prices. 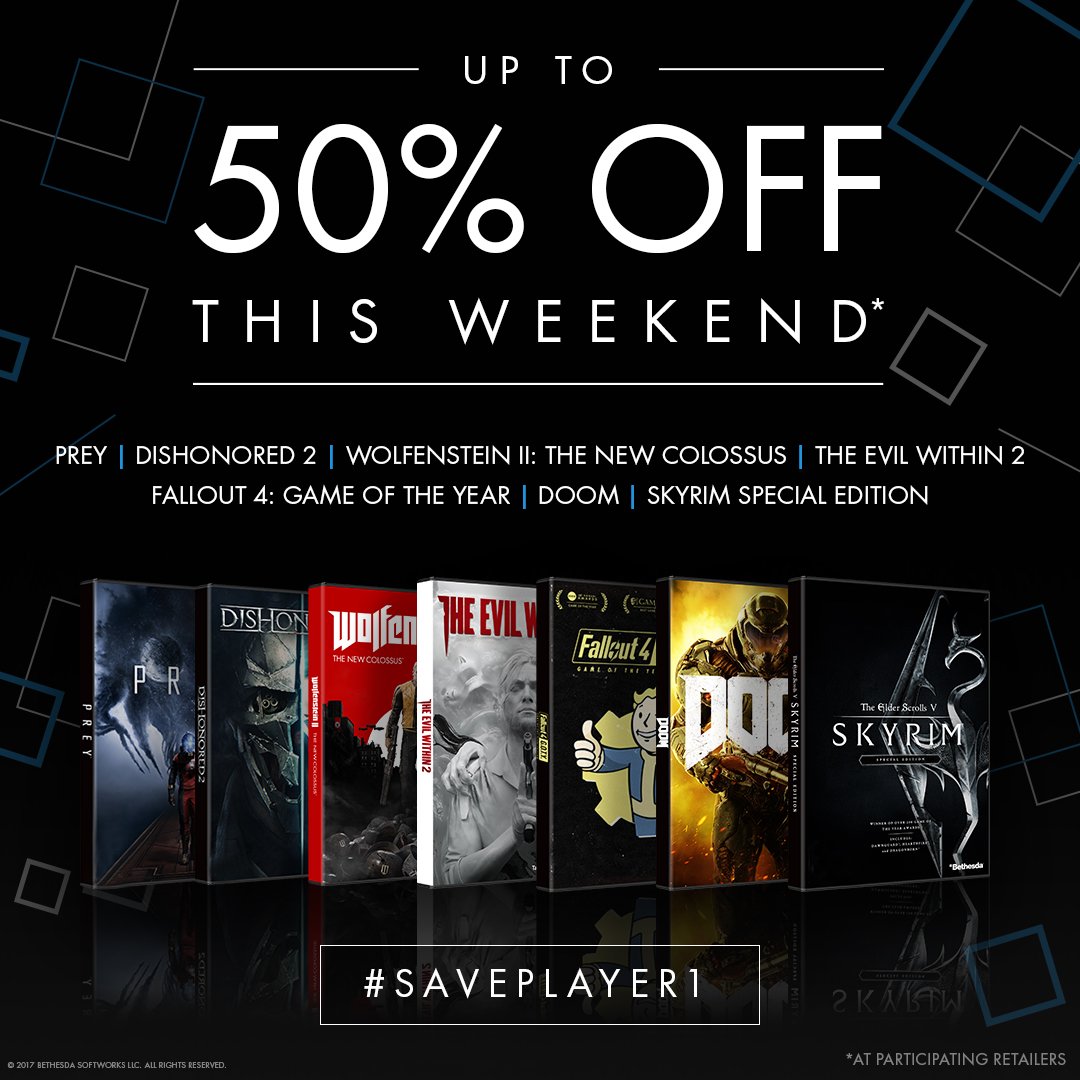 Bethesda will also donate $100,000 to the ESA Foundation to provide scholarships for future developers – the talented young people who might one day make new amazing single-player games.

It’s also worth noting that Bethesda has dropped the Denuvo anti-tamper tech from its titles.