Battlefield Heroes, the hit free-to-play shooter, today announced that the classic game mode ‘Capture the Flag’ is now available. To win, players will not only have to dodge bullets from the opposing team, but will have to look out for other players dressed as trigger-happy dinosaurs and mummies in kilts. Gamers will have to work togetherto steal the other faction’s flag and return it home safely. The first team to do so three times will be crowned victorious! To play Capture the Flag, players can log in at its official website and hit “Play Now”.
Battlefield Heroes brings classic Battlefield gameplay to a mass audience. The game features fun, cartoon-inspired graphics and gameplay that caters to players of all skill levels. Battlefield Heroes is easy to pick up and play and has robust character customization and sticky online features so gamers can spend hours building up their characters and conquering the world.
Battlefield Heroes is one of EA’s leading browser-based, free-to-download, free-to-play games. With over two years in commercial operation, the game features monthly content updates and a growing, vibrant community. Boasting zero barriers to entry, now anyone can be a hero on the battlefield! 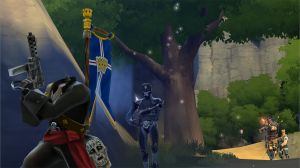 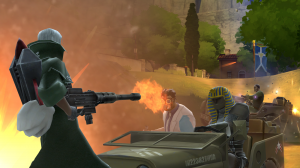 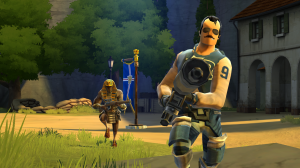 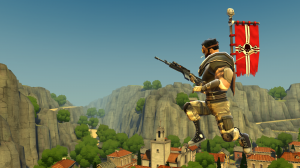