Furthermore, SuperData claims that Rainbow Six Siege shows signs of fatigue. Ubisoft’s popular FPS title has had a better-than-expected performance throughout most of 2018. However, additional content revenue declined 33% in November, the game’s biggest decline to date, and follows a decline in October as well.

SuperData also claimed that Destiny 2?s “Forsaken” boost was short lived. SuperData estimates additional content revenue for Destiny 2 dropped 63% year-over-year. Overall, engagement and monetization seem to have reverted back to the same levels last seen before the launch of the “Forsaken” DLC in September.

As always, here are the world’s most popular digital games across PC, console and mobile for August 2018. 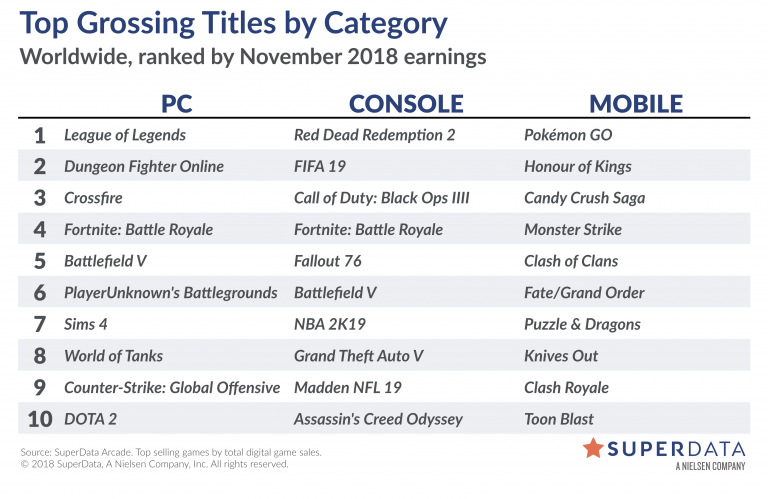