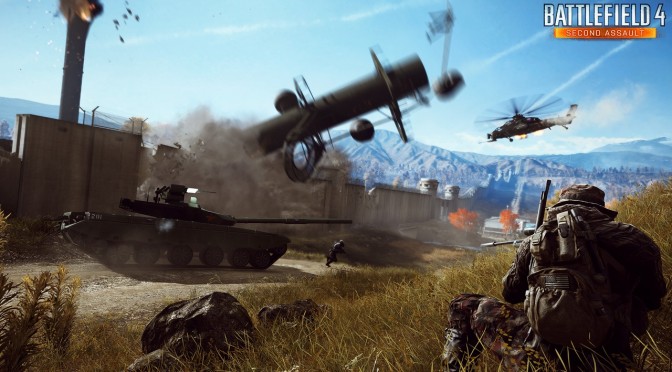 Battlefield 4 Naval Strike will be the next DLC for DICE’s shooter and will be launching in late March for Battlefield 4 Premium members.

DICE has also released a new update for the PC version of Battlefield 4!

-General stability improvements
-Fix for an issue where spawning into, or switching to, a gunner seat in an IFV/MBT sometimes could cause the game to crash
-Fix for missing sound in Team/Squad Deathmatch
-Fix for an issue in the Defuse game mode, where a bomb carrier would be permanently spotted
-Decreased the rate at which the kill card would incorrectly display 0 health, while the enemy was clearly alive
-Fix for an invisible wall that was incorrectly present in one of the fallen concrete pipes on Zavod 311
-Fix for an issue where bullet impact sounds weren’t properly matching the actual number of impacts
-Fix for an issue where the “Draw” message would not display on-screen once a Conquest round ended with both teams having the same amount of tickets
-Fix for an issue where long IDs wouldn’t scroll on dog tags
-Fix for missing grass physics in terrain
Mantle
-Fix for a crash that would occur when activating full screen in portrait mode
-Fix for stuttering that could appear during video sequences on multi-GPU PCs
-Fix for a memory system leak that could cause stalls, which would result in frames taking longer to process
-Reduced the amount of stalls that occurred when running with high graphics setting that require more GPU memory than is currently available
-Fixed screenshots on multi-GPU PCs