DICE and Electronic Arts announced that the new installment of Battlelog is set to deliver a new level of social integration that will enhance the overall Battlefield 4 experience. This service will connect the Battlefield community from multiple devices by giving gamers a unique tool that provides a deeper and richer network inside and outside the game.

Battlelog features a range of enhanced features, including:

-Anytime, Anywhere – No matter where players go, Battlefield is always at their fingertips. Whether they’re heading home on the bus, taking a lunch break at work or lounging on the couch, players can log into Battlelog and check out their stats, interact with friends and much more from their smartphone, tablet, browser or directly through their console.

-Battlescreen – Battlelog is now more seamless, offering a coherent second-screen experience to give players the chance to better enhance their game. Whether it’s highlighting attack points on the mini map, keeping track of squad members or playing as the team’s Commander, every move made in Battlelog reflects directly back to the game in real-time.
-Real-Time Load Outs – Gamers can now switch their weapons, change their load outs and check their progression at any time, all with real-time results in-game. Players can also select servers or even launch a match from their devices, making the transition between game sessions easier.

-Missions – Want to find out who is the best tank destroyer is or who can capture the most bases? A brand-new feature called Missions will allow players to custom create challenges for their friends to compete. Battlelog will also notify players when they have been kicked out of the number one spot so they won’t miss a beat to boot back up and fight for the title.

-Geo Leaderboards – Battlelog is introducing targeted, geo-localized leaderboards that will allow players to not only compete with everyone in the Battlefield community, but with people in their city, in their country or on their continent. This is a great way for gamers to rank up while making new friends, or even adversaries, on the battlefield.

Electronic Arts has also released some new images from this new Battlelog system – as well as a trailer – that can be viewed below. 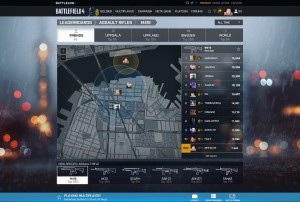 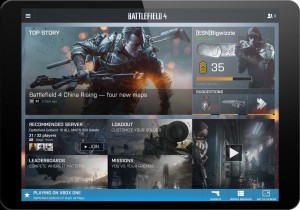