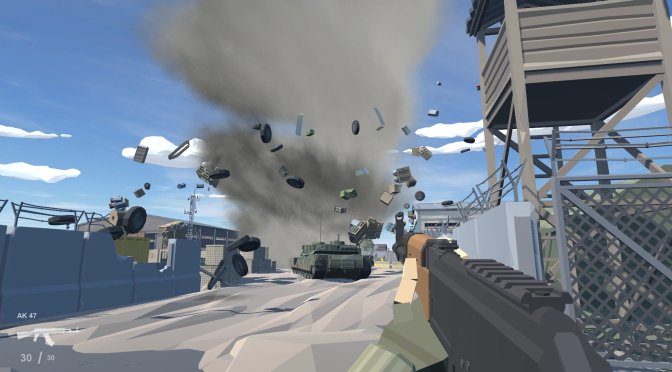 RIVERSIDE SPORTS has just released a Battlefield 2042 parody game on Steam, called Clownfield 2042. This multiplayer game will cost a bit less than a dollar, and already has Very Positive Reviews on Steam.

Now as with most parody games, we suggest tempering your expectations. This game features very simple graphics and basic AI. Moreover, and since this is a BF2042 parody game, players can disrupt the game physics, break the rules of gameplay and enjoy the broken and unoptimized experience ever. And yes, expect lots of bugs that won’t be fixed (that’s the point of a parody game).