EA and DICE have revealed the official PC system requirements for Battlefield 2042’s upcoming Open Beta. This Open Beta will launch for everyone on October 8th, and pre-load will be available on October 5th.

Battlefield 2042 Open Beta will be using DX12, and will require 100GB of free hard-disk space.

Below you can find its full PC system requirements. 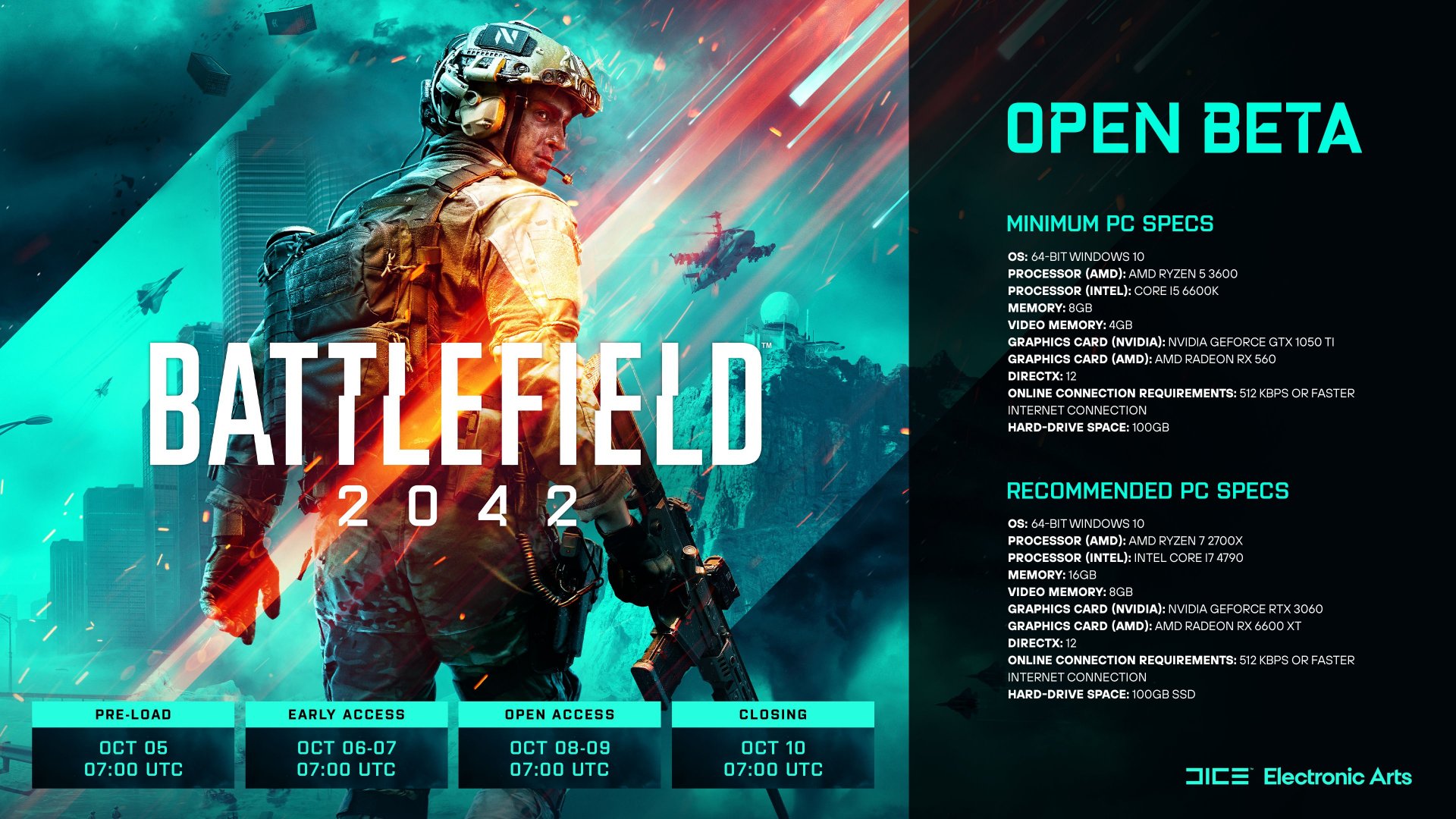