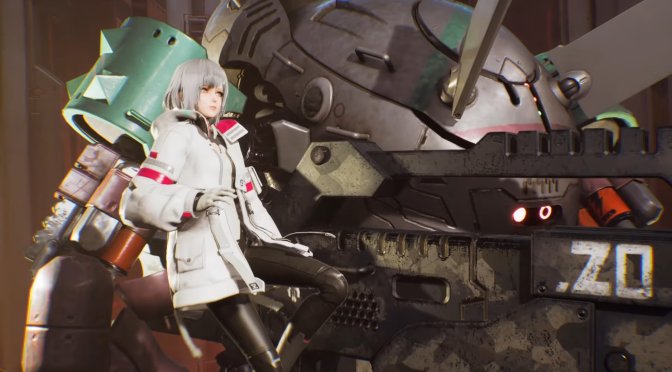 Bandai Namco has just announced a brand new sci-fi third-person shooter, called Synduality. In addition, the publisher released its announcement trailer (which features a number of gameplay segments) that you can find below.

In this game, players will embark on a brand new dystopian journey with a Magus, their AI partner, and explore the post-apocalyptic world of Amasia.

“Armed with your mech, compete for resources, avoid the rain, and reclaim the ground humanity has lost, in a future where humans and AI must find a way to work together.”