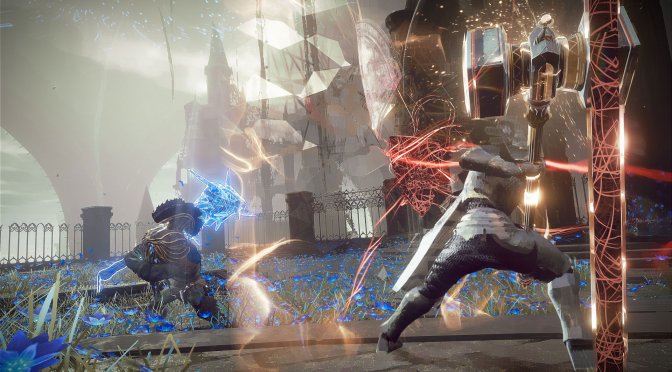 Remember Babylon’s Fall? You know, that GaaS game from PlatinumGames that looked mediocre? This game came out in March 2022 and, to the surprise of no one, Square Enix will be shutting down its servers in less than a year.

Babylon’s Fall was a co-op online multiplayer action game that supported up to four players. This was a GaaS title and like numerous GaaS games, it has failed to maintain a sustainable fanbase. And, as a result of that, Square Enix has decided to pull its plug.

In its official press release, Square Enix did not provide any meaningful explanation. I mean, I get it. What would they say? That their game has bombed? Instead, Square Enix thanked those that bought the game and PR-blah-blah-blah. The publisher will also cancel the large-scale updates that it had planned for Babylon’s Fall.

After the service ends, and since the game does not feature any offline mode, those that have already purchased it won’t be able to play it at all. And that’s why all the online-only games suck. And that’s also why we prefer the traditional offline games of the past (you know, when developers made actual games that had a lot of content with numerous easter eggs and cheats and weren’t filled with DLCs, MTX and online crap).

In short, another GaaS title bites the dust. So, for the love of God, dear developers, stop chasing the next “big” thing and focus on what you know doing best!