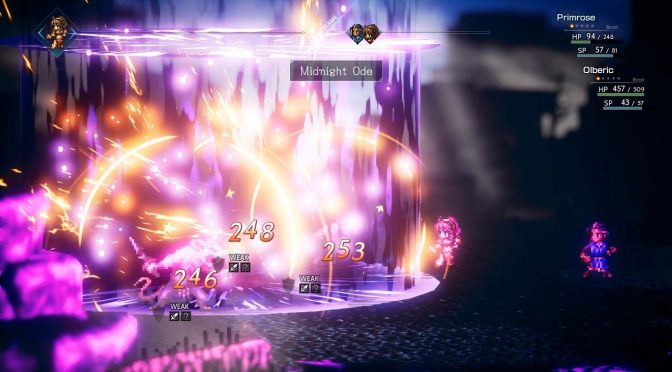 It appears that Green Man Gaming has leaked two games that will be announced later today. According to the store, Octopath Traveler 2 and Triangle Strategy will be coming to the PC.

My guess is that Octopath Traveler 2 will be announced at today’s Nintendo Direct event. Similarly, we can expect Triangle Strategy to appear at Sony’s Showcase event.

Triangle Strategy is a tactical role-playing game that came out on Nintendo Switch in March 2022. On the other hand, Octopath Traveler 2 is the sequel to Square Enix’s critically-acclaimed RPG that came out on PC in June 2019.

Unfortunately, there is nothing more to share at this point. However, I’ll be sure to update this article with more details once we get our hands on them.

Octopath Traveler 2 will officially release on PC on February 24th, 2023. Here is also its official description.

“Following the release of the first installment in the OCTOPATH TRAVELER series in 2018, which sold over three million copies worldwide*, OCTOPATH TRAVELER II is a brand-new entry in this series that takes the series’ HD-2D graphics, a fusion of retro pixel art and 3DCG, to even greater heights. In OCTOPATH TRAVELER II, players will venture into the world of Solistia and experience the adventures of eight brand-new travelers in an exciting new era.”

Triangle Strategy will also officially release on PC on October 13th. Below you can find its key features.