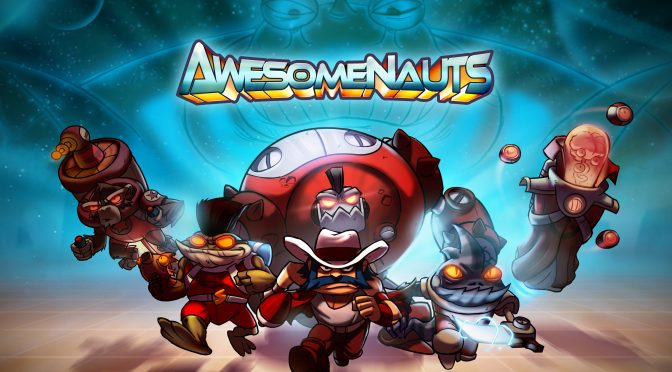 Ronimo Games announced that Awesomenauts, the 2D side-scrolling MOBA, is going free-to-play on Steam on May 24th. In addition, the team released a new major update, dubbed ‘Awesomenauts 4.0: Going free to play May 24th’, today with a completely overhauled progression system, a wide array of new customization options, and much more.

According to the company, the transition to a free-to-play model has been in the works for several years, and the latest update builds on many of the changes that it has already brought to Awesomenauts in the last year; from the introduction of a new AAA-level matchmaking system, the release of the live spectator mode, to the release of Steam Workshop integration and a level editor.

Over the next month, Ronimo Games will be tweaking the systems and making further improvements to the many new features based on feedback from its existing playerbase. Then, on Wednesday May 24th, it will be ready to welcome new communities when the game officially transitions to ‘free-to-play’ on Steam.

The highlights of the new update are as follows:

Existing players will automatically have all the content they previously owned unlocked. And as an additional thank-you, all players who registered a copy of Awesomenauts on Steam before this announcement will be granted ‘Founder’ status, with a unique medal. Players who own Awesomenauts and both the Starstorm and Overdrive expansions by May 24th will automatically be upgraded to the new ‘Awesomenauts All Nauts Pack’, which will grant them all playable characters for free, forever.