Admit it; you were kind of disappointed with the absence of both Mad Max and Just Cause 3 from this year’s E3. Yes, Just Cause 3 has not been officially revealed as of yet but what about Mad Max? Why did Bethesda decide to ‘ignore’ this open-world title? Well, good news everyone as Avalanche Studios will be showing ‘something it’s been working on’ real soon.

When a fan told Christofer Sundberg, founder & creative Director at Avalanche Studios, that Far Cry 4 felt like a Just Cause 2 ripoff, Sundberg replied and said that Avalanche will be showing something it’s been working soon, once E3 is over. 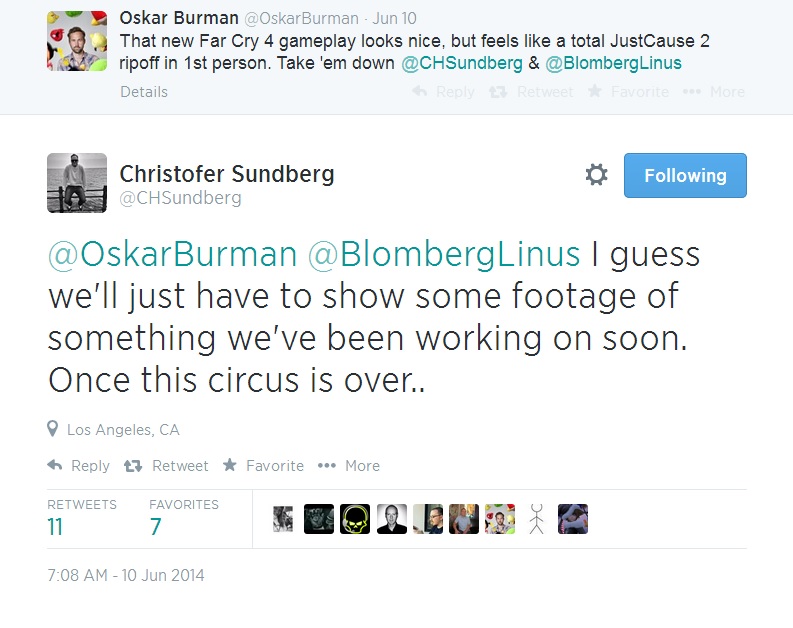 Do note that Sundberg did not give any hints about what this project actually is. And while most of us are hoping for a first glimpse at Just Cause 3, Avalanche may very well show some new gameplay footage from Mad Max.

For what is worth, Avalanche is gearing up for something and that’s definitely something that excites us.