It looks like ASUS is following ASROCK’s footsteps as the company just recently introduced a new feature to “boost” the clock speeds on non-K INTEL CPUs.  ASUS calls this APE, or “ASUS Performance Enhancement” feature.

This is similar to ASRock’s “BFB technology” as I mentioned before in this article. Now, ASUS seems to introduce a new feature called “ASUS Performance Enhancement” for the Intel 400-series chipset motherboards. It works in a similar manner, and it appears that the motherboard vendor is actually increasing the processor’s PL1 (power level 1) from the default value to the maximum value, and locking it at that higher value.

“Tau” is a timing variable. It dictates how long a processor should stay in PL2 mode before hitting a PL1 mode, or before having to fall back to the “base” frequency. Do note that Tau is not dependent on power consumption, nor is it dependent on the temp of the processor (because if the CPU hits a “thermal” threshold limit, then a different set of low voltage/frequency value curves are used and PL1/PL2 is discarded.

PL1 is the expected steady state power consumption of any processor (long term). The PL1 is usually defined as the TDP of a processor. So if the TDP is 60W, then PL1 is 60W.  PL2 on the other hand is the short-term maximum power draw for a processor. This number is higher than PL1, and the processor will go into this state when a stress or workload is applied, allowing the CPU model to use its turbo modes up to the maximum PL2 defined value.

According to a recent post from “BenchLife” several of ASUS’s Intel B460 chipset motherboards are going to support this new APE feature, with a PL1 override value of 125 Watts for most of the motherboard models listed. The “ROG Strix B460-F Gaming” model on the other hand will allow you to dial this value all the way up to 210 Watts.

ASUS is will be providing “BIOS” updates on select Motherboard Models to support this new APE feature. To be honest, this feature will mostly be supported on the following motherboard SKUs, which are B460, H470, and B365 chipsets. The Z490 will not require such a feature upgrade from technical standpoint.

Under BIOS “AI Tweaker” heading, you can find the corresponding “ASUS Performance Enhancement” option.  Simply put, a 10th generation non-K version processor has a maximum TDP of 65W, and APE achieves the possibility of overclocking by boosting the clock and unlocking the power supply.

ASRock, on the other hand, has introduced its BFB feature on the entire Intel 400-series chipset motherboard lineup, and also included support for the Z390 and B365 chipsets.  Like I have mentioned before in my previous article, the 65W CPU operates as if it was a 125W model. Intel has not confirmed overclockability for non-K processors in the official slides though.

In case you weren’t aware OC is disabled on non-K ‘locked” INTEL processors, and although there are few tricks/tweaks, and BIOS editing which can be done to unlock and bypass this feature, it comes with a huge risk factor.

A higher TDP limit gives more breathing room, and also allows a non-K processor to run at a higher base frequency. Of course, all this comes with a higher power consumption and more heat, so the CPU cooler will decide the highest base clock value.

Technically speaking this is NOT pure overclocking by any means. The non-K CPU will still remain “locked”. 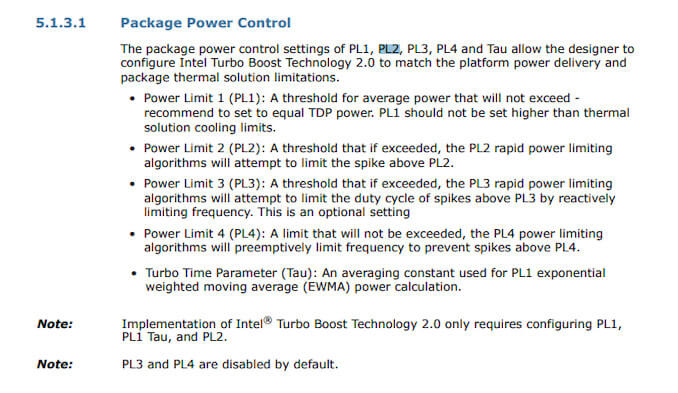