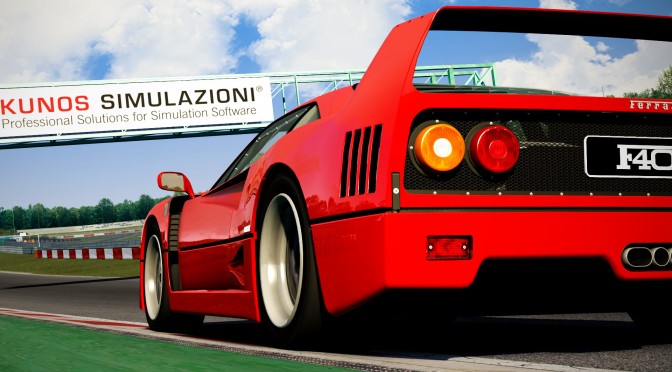 KUNOS Simulazioni has revealed the key features for Assetto Corsa’s upcoming update. According to the team, this new patch will update your game’s version to 1.3, will natively support 64bit systems, will feature a reworked physics engine, and will pack improved 2D/3D models, textures and shaders.

This new update will be available on October 8th (alongside a new DLC for Assetto Corsa) and you can view its key features below.

Physics
64-bit natively supported and car physics calculated on multi-thread. The physics engine has been reworked to become completely multithreaded: as a result, the driving precision is augmented, the accuracy further improved and the physics solver has enough horsepower to completely resolve any difficult calculations any speed, achieving butter smooth Force Feedback and complete elimination of signal noise and vibrations. We’ll be back with more details on physics updates when the new build will be released next week.

Graphics
2D/3D models, textures and shaders have been updated and improved, in order to keep the standards reached with the latest content. Now windscreens receive shadows, and a new camera facing feature improves the rendering of 2D/3D objects on track. A first basic support for dynamic objects on tracks has been added as well, and it will be improved in future updates, with the aim to get a more immersive environment.

Sound
Fine tuning and improved algorithms for audio editing: all new cars benefit by use of new techniques of recording and sampling for engines, interiors and exhaust systems, also thanks to the technical cooperation of Akrapovic. This allows to recreate a more detailed audio trace and the exclusive detail of each car, improving the immersion while driving. Content that are available already in Assetto Corsa will be updated during the process, to bring them to a higher level of realism and in line with the latest quality standards.

Multiplayer
Dedicated server has been optimized in order to improve general stability. New parameters and features have been added to server configuration, in order to please the requests of gamers who are looking for a more comprehensive online experience.